Lady Antebellum, Who Changed Their Name To Lady A In Support Of BLM, Is Now Suing Black Blues Singer Who Has Used The Name For 20 Years 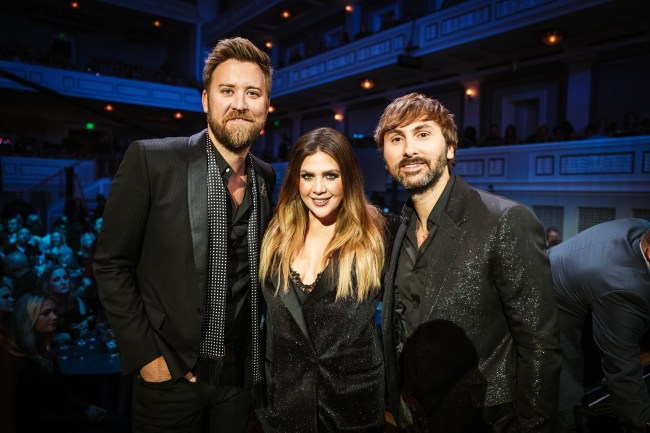 Last month, the band Lady Antebellum announced they were changing their name to Lady A, due to the fact that “Antebellum South” describes a time period in southern American history from around 1790 to 1861 when the south’s economy largely depended on the use of slavery.

A few days after the name change, Seattle-based Black blues singer named Anita White, who has used the name Lady A for over twenty years, spoke out against the band.

How do you just take someone's name after making a mistake with the one you have @ladya I'm the one True Lady A and have been for over 20 years. You didn't do your homework the first time and now you want to take my professional name and brand. Think again Colonizer pic.twitter.com/fkcnqvstqC

“This is my life. Lady A is my brand, I’ve used it for over 20 years, and I’m proud of what I’ve done,” the original Lady A told Rolling Stone. “This is too much right now. They’re using the name because of a Black Lives Matter incident that, for them, is just a moment in time. If it mattered, it would have mattered to them before. It shouldn’t have taken George Floyd to die for them to realize that their name had a slave reference to it.

The band is now suing White for the right to use the name.

Lady A, formerly known as Lady Antebellum, files lawsuit against blues singer Anita White who goes by the name Lady A https://t.co/vjA0ySmCpb

“Today we are sad to share that our sincere hope to join together with Anita White in unity and common purpose has ended,” the group said in a statement. “She and her team have demanded a $10 million payment, so reluctantly we have come to the conclusion that we need to ask a court to affirm our right to continue to use the name Lady A, a trademark we have held for many years.”

Of course, the band was blasted by social media for the way they’ve handled the entire situation.

Changing their band to Lady Antebellum to Lady A to show support for Black Lives Matter but then sue a Black blues singer also named Lady A to get ownership of the name Lady A….um…. https://t.co/k3chWdjFfV

Let me get this straight. Lady Antebellum changes their racist name, but only slightly, to @ladya

Then sue her for the right to use the name.

Proud to see that they’re fighting racism by changing their racist name to a name a black woman was using & suing her. https://t.co/euQAiqqRCZ

Soooo they changed their name to prevent accusations of racism only to turn around and sue a black woman for control over her intellectual property. Nice. https://t.co/XqItO4YTbe