Lady Gaga’s Dogs Have Been Returned, But So Many Questions Remain 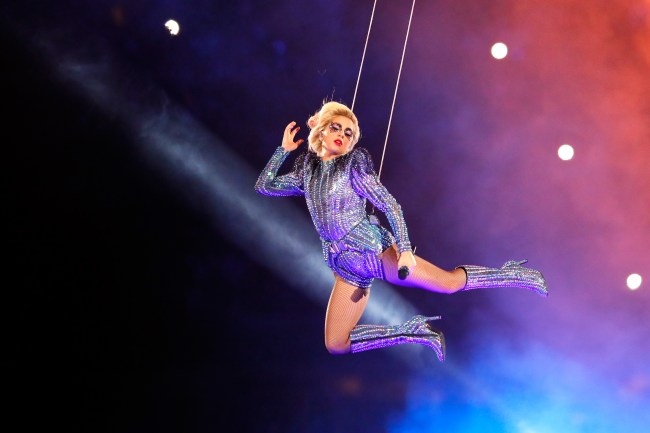 The early frontrunner for story of the year has come to a blessed, merciful, happy conclusion: Lady Gaga’s two dognapped frenchies, Koji and Gustav, have been safely returned. Actually, happy might be too strong of a word, given that the dogwalker was shot. But he (Ryan Fischer) is expected to make a full recovery, so at least we can all breathe a sigh of relief.

ICYMI, here’s the video of the shooting. Heads up, it’s pretty intense and the sound is disturbing:

A gunman has stolen #LadyGaga's two #French bulldogs in #LosAngeles after shooting and wounding her dog walker. A third dog was recovered at the scene of the attack. (TMZ) pic.twitter.com/LoMjkNlEjX

Someone took the dogs to a Los Angeles police station at about 6 p.m. Friday, and a representative of Lady Gaga’s picked them up, said Officer Mike Lopez, a police spokesman. “The dogs are returned safely,” he said.

Earlier on Friday, Lady Gaga wrote on Instagram that she was offering a $500,000 reward for the safe return of the dogs, Koji and Gustav.

A report by The Associated Press on Friday quoted Capt. Jonathan Tippett of the Los Angeles Police Department as saying that the woman who took the dogs to the police station appeared to be “uninvolved and unassociated” with the attack.

So many questions. Lots to unpack. First, I think everyone is wondering the same thing: does the $500,000 go to that lady who brought the dogs in to the police station?

TMZ reports that the woman found the dogs unharmed and tied to a pole in an alley several miles from where they were initially snatched in Hollywood. Once she discovered the dogs, she reached out to an email address provided by police for tips and then coordinated to bring them into the station.

Gaga previously offered a $500,000 reward for the safe return of her dogs, whose names are Koji and Gustav. It’s unclear if the woman who found them has accepted the offer but TMZ reports that a source says the singer and actress will “gladly” shell out the money as soon as she can.

Tied to a pole, you say? Hmmm. Let’s take this from the beginning:

A group of thieves went to the trouble of stealing Lady Gaga’s dogs. Did they know they were Gaga’s dogs, or did they simply intend to steal a group of french bulldogs in a wealthy neighborhood, knowing that they could probably get some kind of reward or ransom for them? Unclear. But given how much Gaga features these pooches on the ‘gram, I believe this was a coordinated, targeted dognapping. They knew.

So, not only did they plan this, they went to the trouble of arming themselves and SHOOTING the dogwalker. Do you know the penalty for shooting someone in the state of California? Me neither. Bet it’s steep though. This isn’t Arkansas.

Once the dogs are taken, Gaga announces she’s willing to offer $500,000 for the safe return of the dogs… NO QUESTIONS ASKED. Amnesty policy! Just imagine Gaga answering her doorbell:

“Hello good sir. Why, thank you for bringing my dogs home! And in a ski mask too? Ha, have to be prepared for inclement weather, good thinking. Never know when a blizzard is going to roll down Rodeo Drive.”

Point is, aside from shooting the guy, this had to have played out exactly how the bad guys wanted. $500,000 coming their way, no hard feelings, off you go.

Except… the dogs were “found” to be “tied to a pole” by a “woman” with “no connection to the crime.” Kinda reminds me of the time I “found” Charlie Buckhorst’s Charizard in the “trash can” of the boys’ bathroom, even though I had “not stolen it out of his backpack.”

Gotta say, tough position for the lady who found them. If she accepts the reward, people assume she’s complicit. If she turns it down, she’s throwing away $500,000. So tough. Even if you try to be a good person and tell Gaga to donate $250k of it to charity and pocket the other half, people will still be whispering about you.

Damned if you do, sad if you don’t. Hate to see it.

PS- how much money should the dog walker get? Has to be more than $500k, right? If you were willing to pay that for the DOGS, what’s his human life worth? Guy took a damn bullet trying to hold on to them. Has to be at least a million, right?