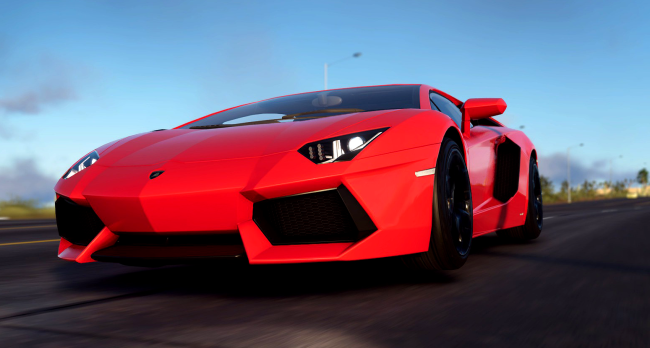 According to CarBuzz.com, a Lamborghini Aventador has a Manufacturer’s Suggested Retail Price of $417,826. So, regardless of what someone actually pays for one of these glorious supercars, you can be assured that it was a whole lot of money.

Unfortunately there are a handful of people out there with that kind of money that also, amazingly, are severely lacking when it comes to the common sense us poors possess.

The Lamborghini Aventador, being a high-powered, complex piece of automotive machinery, will occasionally spit flames out of its exhaust, lighting unburnt fuel that’s been dumped into the exhaust.

So, naturally, why wouldn’t someone attempt to cook some food, say a kebob, using the flames emantating from the rear of the vehicle?

As one Aventador owner in China found out the hard way, when you try to cook a kebab using the raw power of the Lamborghini’s V12 engine, sometimes things can go horribly, horribly wrong.

As the video begins, we can see that, yes, fire does cook food. Food that is now covered in raw fuel. But only for a minute because no sooner does the guy start getting a nice char on his kebob does the Lamborghini erupt in a cloud of smoke, sending him running.

The Lamborghini Aventador appears to have overheated, dumping all of its coolant out on the floor.

Jalopnik spoke to ex-cooling engineer David Tracy about the video and his best guess was “that the Lambo was being revved while cold, which means the thermostat was in the closed position.”

This means that when the engine is revved hard and the water pump is spun, it’s producing a lot of pressure in the coolant lines, but with the thermostat closed (engine is being rev’d hard but not under any load, so it’s not really getting up to higher temperatures) there’s just nowhere for the coolant to go, so pressure keeps building to the point where something failed — a hose, or, as the Chinese captions suggest, the plastic coolant tank, which appears to have ruptured, disgorging the blood-red coolant all over the pavement.

All of which is something that someone who can afford to cook a kebob with a $400,000 supercar probably should have known, or at least guessed.

According to local reports, the damage caused to a Lamborghini Aventador by such a mistake can cost into the tens of thousands, which, if the car was purchased in China means it probably ran the buyer over a million dollars due to taxes and premiums. So yeah, this was a really dumb thing to do. Fun to watch though!