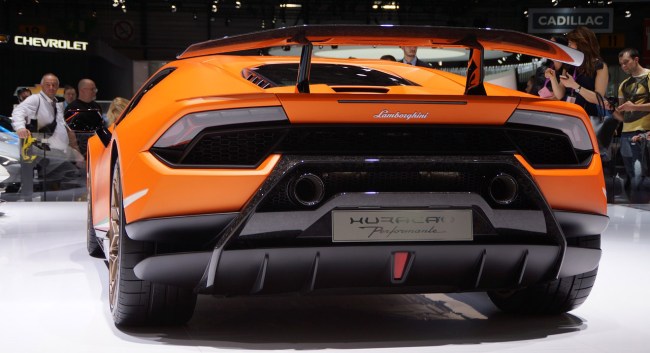 This foota,ge of a Lamborghini Huracan Performante drag racing a Russian MIG-29K fighter jet might just be the most testosterone-fueled video you may ever see.

Let’s take a look at the Tale of Tape in this epic battle at Goa, India’s Dabolim airfield.

The Indian Navy, like the Indian Air Force and Army Aviation Corps has a significant shortage of pilots, and needs steady interest in its flying wing to justify proposals to buy expensive new jets in the future.

An officer at the Navy’s Goa base told Livefist, “The film being made is pointed directly at the young. When it’s ready, it will be an exhilarating showcase of speed from something that many can’t really relate to — a fighter jet that costs hundreds of crores — to the things they can relate to — a sports car, for instance. The line of the film will be direct too: If you have the passion, if you crave adventure and speed, then look no further than the Indian Navy.”

If you crave adventure and speed… drive a Lamborghini Huracan Performante!! I kid.

Side note: That is one good-looking car.

Reportedly, the race was inspired by a similar event that occurred a decade ago, when Richard Hammond of Top Gear took a Bugatti Veyron and challenged a Eurofighter Typhoon to a race of speed.

This time around, much like with the Bugatti, the Lamborghini Huracan Performante also performed very, very well. Watch…

I want one. The car, I mean. Though the jet would be cool too.