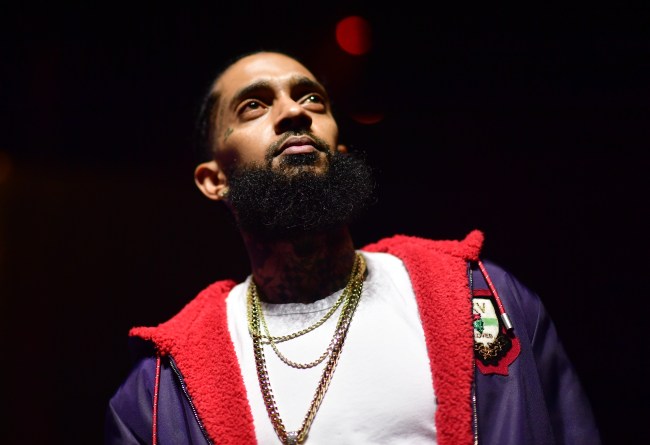 BREAKING: Rapper Nipsey Hussle has been pronounced dead at the hospital after being shot outside his clothing company in south Los Angeles, multiple law enforcement sources familiar with the incident tell @NBCNews. https://t.co/IY2Np29zFm – @anblanx

Earlier today the NY Daily News reported that law enforcement believed Hussle was gunned down by someone close to him for “personal reasons”.

Police believe Grammy-nominated rapper Nipsey Hussle was gunned down by someone he knew for personal reasons, a law enforcement source told the gone News on Monday.

Speaking on condition of anonymity, the source said LAPD homicide detectives had identified a possible suspect as of Monday morning. “It’s someone he knows,” the source said.

Tonight the LAPD put out an ABP on a man named Eric Holder who is believed to be the shooter who killed the famous rapper.

Eric Holder is wanted for Homicide in the shooting of Nipsey Hussle. He was last seen in a 2016 white 4 door Chevy Cruze CA license plate 7RJD742. Anyone with information related to his whereabouts or this deadly shooting is urged to contact South Bureau Homicide at 323-786-5100 pic.twitter.com/3pX4fbezDs

According to police Holder is the person who shot Hussle and then got away in a 2016 Chevy Cruze being driven by an unidentified woman. 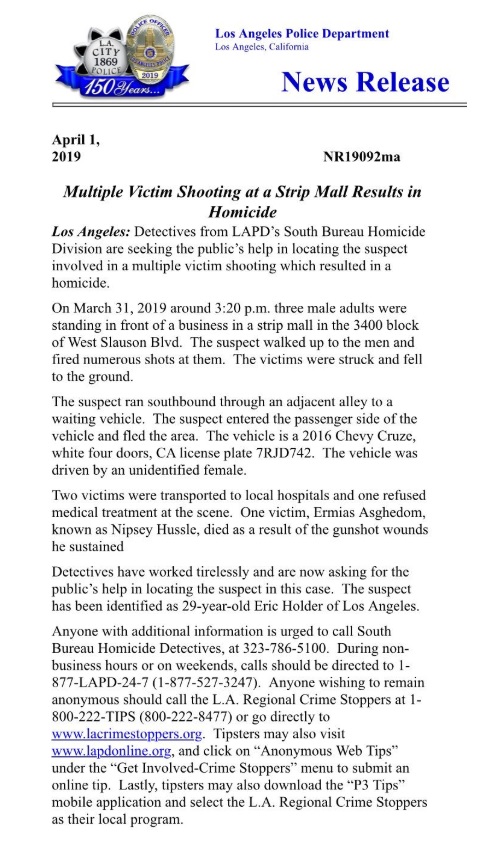 Before the police released the ABP there were reports online that Holder aka “Shitty Cuz” killed Hussle because he was called a “snitch” and told to leave the store.

Eric Holder, the 29-year-old Los Angeles man identified by the LAPD as the suspect wanted in the shooting death of Nipsey Hussle, goes by the names Shitty Cuz and Fly Mac: https://t.co/TsRa0mkR5A pic.twitter.com/htJ6sIeKap

A photo of Nipsey Hussle’s killer.

Sources say Nipsey Hussle embarrassed suspect in a room full of people, calling him a snitch and made him leave the Marathon store. Suspect returned and opened fire. #otrviews pic.twitter.com/LUaylNY81k