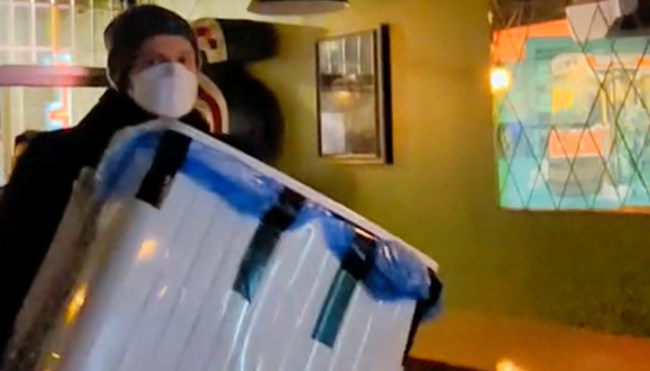 A couple of years ago, millions of kegs of beer sadly went to waste after a certain situation you’re likely familiar with by now caused bars around the world to suddenly shutter their doors.

The industry has thankfully managed to bounce back a bit since then, but many drinking establishments are still struggling to attract the number of customers they used to serve—including one watering hole in Canada that recently rolled out an interesting promotion.

Last week, Farside in Toronto announced it needed help emptying out a number of kegs that were on the verge of spoiling and channeled its inner 7-Eleven by offering to fill up any container people brought it at a discounted price for a limited time.

The offer came to the attention of some people living nearby who decided to take full advantage of the special by putting a couple of garbage bags into the portable washing machine they had in their apartment before making the quick trek for Farside before returning home with four pitchers of a blood orange IPA.

That, my friends, is what true ingenuity looks like.