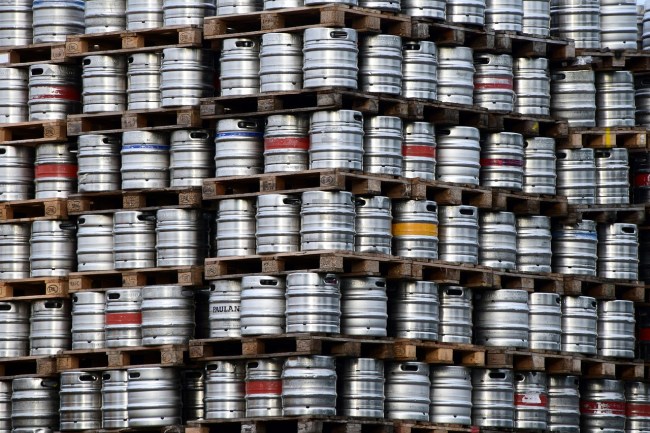 Last month, the world got to step into the sandals of Julius Caeser when it collectively experienced a particularly miserable Ides of March after being suddenly confronted with a spate of cancelations and closures, which was an especially brutal blow for everyone who was gearing up for a week featuring multiple excuses to drink an amount of booze that would be extremely frowned upon by the vast majority of medical professionals.

With basically every bar being forced to close its doors, anyone who was planning on celebrating St. Patrick’s Day in a public place was forced to settle for a night of pounding Guinness and shots of Jameson while confined to their home. While guys who scheduled a vasectomy in the following days were hit hardest by the NCAA Tournament being called off, it was still a rough development for people who’d been looking forward to using college basketball as an excuse to crack open a beer on a weekday afternoon.

The crisis that led to a March Without Madness also resulted in establishments that traditionally rely on it for a boost in revenue facing one of their own, as the price of chicken wings plummeted thanks to the resulting surplus. Now, another issue has emerged, as The Wall Street Journal recently reported the beer industry is scrambling to figure out what to do with one million virtually untouched kegs that are on the verge of going to waste as social gatherings gradually become a distant memory.

Distributors told the outlet that the lack of the aforementioned events combined with games, concerts, and other events not being held has put them in a major bind, as the kegs that could have generated $1 billion in sales are steadily reaching their expiration date. However, environmental regulations ban them from simply dumping it all down the drain so they’re being forced to explore other solutions.

One wholesaler may add a chemical to its beer in order to lower its PH to a level where it can simply pour it into the water supply but others are attempting to salvage their losses, as Boston Beer Company will try to turn its supply of stale Sam Adams into ethanol while another brewery is planning on condensing alcohol to produce hand sanitizer.

I’d say pour one out for these kegs but I doubt they’d want beer to go to waste in their honor so maybe just raise a glass instead.