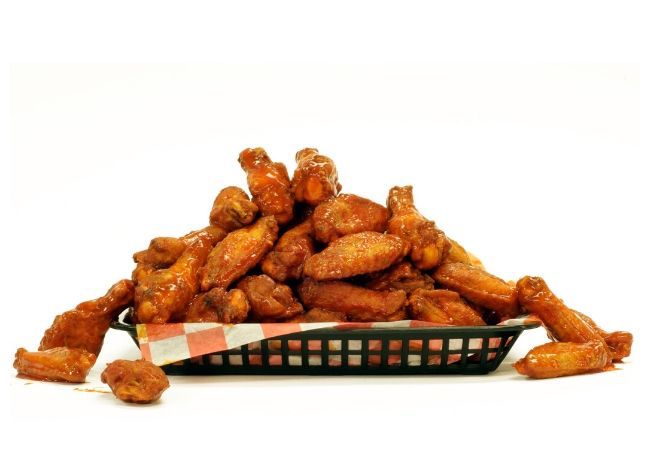 Not sure what to eat for dinner this weekend? Just wing it. Literally.

The two biggest sporting events of the year for buffalo wing consumption are the Super Bowl and during March Madness.

The coronavirus caused the cancellation of the NCAA tournament bringing on a surplus of buffalo wings across the country.

With much of the world in a lockdown, ordering buffalo wings isn’t a top priority, and the price of a pound of wings is the cheapest it’s been since 2011.

According to data from the U.S. Agriculture Department, chicken wings sold for close to $2 per pound the weekend of the Super Bowl. Wings are no going for half that price, roughly around $1.08 in most places.

The Washington Post is reporting that poultry producers sold 1.24 million pounds of wings the week the tournament was supposed to start.

“The major wing chains that should be hot this time of year are closed,” explains Will Sawyer, lead animal protein economist at CoBank. “The food service side of things, they probably still have wings they bought weeks ago getting ready for March Madness and for people to come watch the games, but they’re not selling them.”

So what’s going to happen to all of the wings that never made it to your favorite bar? Most likely, they’ll end up in the freezer section of your grocery store.

Tom Super, a spokesman for the National Chicken Council, wrote in an email that suppliers were also trying to divert food, including wings, from restaurants to grocers. Other wings will be frozen.

Oosterwijk said he expects those items to be back on the market in around six months, during the middle of football season.

Fingers crossed there is a football season.

Even though the tasty little wings will be available in the freezer section of your local store, that doesn’t mean they’ll fly off the shelves. Customers didn’t even buy them at the start of the stay-at-home order.

Public health orders to slow the spread of covid-19 crashed down so quickly that consumers flocked to stores and filled their carts with protein. Chicken saw a 35-percent bump in demand, Sawyer said. But with most restaurants shuttered save for carryout orders, people are mainly eating out of their refrigerators instead of dining out. And most consumers don’t cook wings; they cook healthier and meatier cuts like breasts, tenderloins and legs.

So there’s only one thing to do – call your local wing joint and order a couple dozen for the weekend. Nothing says Easter like hot sauce and chicken parts.

The other option is slapping on a mask and gloves and heading down to the local market and making wings at home.

And if you’re looking for things to do while chomping down buffalo wings, read a break down of how the 2020 NCAA tournament might have gone down according to a simulation or watch the world’s best Call of Duty players.