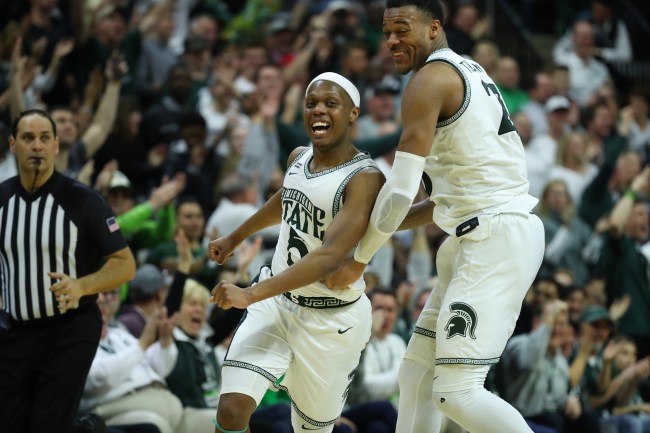 We were robbed of March Madness this year. It particularly stung for me as I was more invested in College Basketball this season than in recent years. My alma mater’s Florida State Seminoles Men’s Basketball was the regular-season ACC Champions and locked up the #1 seed in the ACC Tournament, a tournament which never tipped off.

The college basketball heartbreak was fucking everywhere. Fans of Baylor, Kansas, Michigan State, Gonzaga, and millions of other college basketball fans wanted to see their teams play the ultimate tournament in basketball for the chance of everlasting glory. Alas, we’ll have to settle for a FiveThirtyEight statistical simulation.

Nate Silver’s FiveThirtyEight used round-by-round probabilities and ultimately named the Michigan State Spartans as the 2020 National Champions. MSU beat #1 seed Kansas in the Championship game, San Diego State in the Final Four, #4 seed Louisville in the Elite 8, and Creighton in the Sweet 16.

You can see their full simulation of the 2020 NCAA Men’s Basketball Tournament right here where you can hover over each game to see each team’s path. Not only did they run an extensive simualtion they put some serious editorial behind what they found:

With a win probability of 44 percent, up against the top-seeded favorite of the FiveThirtyEight model and bettors everywhere, the No. 3 Michigan State Spartans shocked No. 1 Kansas with a 1-point victory in our tournament simulation to claim what would have been the program’s third national championship. Throughout our mock tourney, Sparty grew comfortable under the gun, with the team’s final three wins coming by single digits. Meanwhile, Kansas hadn’t played a game tighter than 10 points entering the final.

“You can say a lot of teams had a chance,” Izzo recently told Bob Wojnowski of The Detroit News. “But I think we seriously, seriously, seriously had a legitimate chance.” If there’s one thing to understand about Izzo in March, it’s to not bet against him. With the notable exceptions of 2018 and 2016, his career in East Lansing has been marked by a singular ability to get his teams to overperferform in the NCAA Tournament. No team has done a better job since 2000 of outperforming seed expectations, according to Bart Torvik: 12 Sweet 16s (third most), nine Elite Eights (second most), seven Final Fours (most) and two national finals (tied for sixth most). 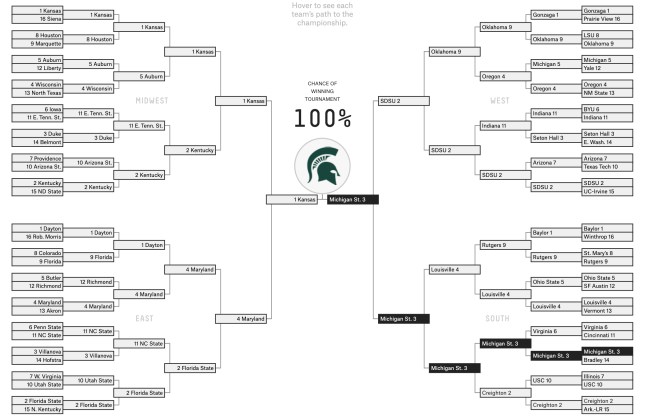 Honestly, as cool as this simulation is they could’ve just saved their time and effort because the Florida State Seminoles were already named the 2020 National Champions (in Florida) and I’ll soon be able to buy a license plate for my car that says so (probably).

You can go ahead and click here to read up on the full 538 simulations.