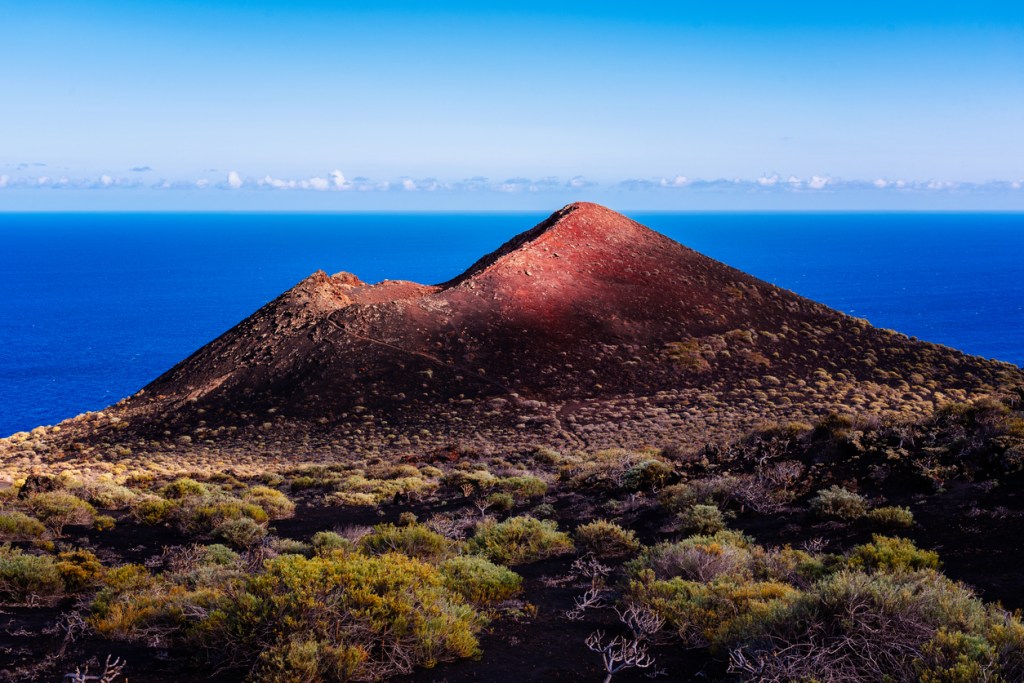 ‘Nature Is Metal‘. This is a phrase that gets thrown around a lot on the internet and tends to lose all meaning as it gets diluted down to describe quotidian moments that are more relatable than surreal. But this ‘Lava Bomb’ is a genuine Nature Is Metal moment if I’ve ever seen one.

The Cumbre Vieja Volcano located on La Palma Island of Spain began erupting last week and spewing lava. The photographers showed up to get awesome footage as they do every time a volcano erupts across the globe. And then geochemist Harri Geiger happened to be in the right place at the right time as a Lava Bomb came exploding down the mountain.

This looks like a weapon one might expect to see used in Game of Thrones or Lord of the Rings. It’s a boulder made up of piping hot lava that has solidified enough into a ball shape to smash its way down the mountain. This could easily take down a castle wall.

Check it out. Here’s the video with some close-up pictures of the Lava Bomb as well.

This Lava Bomb spewed from the Cumbre Vieja Volcano looks like something I’d expect to see underwater on a coral reef or in a Fantasy movie. I hope I’m lucky enough to never be standing at the base of a mountain with one of these lava boulders headed in my direction because that’ll surely mean I made some wrong decisions.

La Palma Island, where this volcano erupted, is located in the Canary Islands (near Tenerife) and it’s actually a LOT closer to Western Sahara and Morocco than Spain but Spain controls the Canary Islands. So while it’s a Spanish volcano it’s best to think of it as being just off the coast of Western Africa.