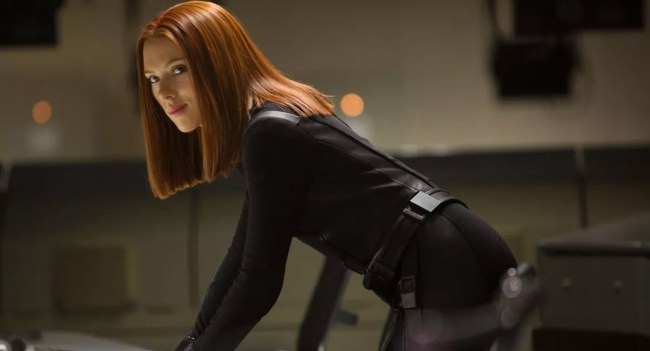 The folks over at Marvel have been very tight-lipped when it comes to sharing their plans for Phase Four of the Marvel Cinematic Universe, not wanting to let anything slip before the release of Phase Three’s blockbuster conclusion Avengers: Endgame.

However, now that Endgame is in the homestretch of its theatric run, a new leak from a trusted source appears to reveal every Phase Four film Marvel will be releasing over the next decade, plus several other important details about the future of the MCU.

The leaked news comes from the same Marvel insider, “Roger Wardell,” who accurately announced several plot points to Avengers: Endgame back in December – six months before the film hit theaters.

The Independent filed a report on Wardell’s latest claims about the future of the MCU.

He says that, going forward, the series will present “mini-arcs” as opposed to a decade-spanning saga and that there will be a clear divided between the characters based on Earth and those based on other planets.

If Wardell is to be trusted, the recurring villain for the former will be Norman Osborn, who is expected to be introduced in Spider-Man: Far From Home.

So, the films – according to Wardell, Marvel is developing Black Widow, The Eternals, Black Panther 2, Shang-Chi, Doctor Strange 2, Nova, and Guardians of the Galaxy Vol 3. He adds that there are plans to make new Thor, Ant-Man and Captain Marvel sequels and suggests there could even be New Avengers, Young Avengers and Dark Avengers films.

He also says Michael B Jordan will return in some capacity as Erik Killmonger for Black Panther 2.

Wardell claims that Jordan’s character won’t be resurrected, but will exist in Wakanda’s ”spiritual plane”. He also suggests the film will be politically charged and teases the arrival of the Queen Divine Justice, a princess secretly raised in America by one of T’Challa’s warriors.

The casting of Florence Pugh as Yelena Belova in the upcoming Black Widow movie, will see her being introduced as the new version of Scarlett Johansson’s character going forward.

Richard Madden will play the lead role of Ikaris in Chloé Zhao’s The Eternals.

The Ancient One might return in Doctor Strange 2 and Lord Nightmare will be the villain.

Doctor Strange 2: 1980's Boogaloo. Tilda Swinton is in talks to return as the Ancient One. Jericho Drumm and Clea will make their MCU debuts, Clea will likely be portrayed by an Asian actress. Most importantly the gloves will be back!

There are currently no plans to add Deadpool to the MCU.

There are no plans to add Deadpool in an MCU Spider-Man 3, but Sony desperately wants Tom Hardy's Venom in this movie. Deadpool had his own movies but never showed up in the main X-Men films, it will be the same for the MCU.

Some key plot points for Guardians 3, including the fact that The High Evolutionary will be the main villain, as well as Rocket’s creator.

Rocket's creator is the High Evolutionary, Drax is in for a big surprise when he discovers his daughter is alive. Rocket also gets a love interest in the form of Lylla. Nebula and Star Lord will grow into closer friends.

The X-Men and the Fantastic Four will not appear again until Phase 5.

Plus synopses of the upcoming Marvel series set to appear on Disney+.

Loki – “An anthology chronicling how he shaped human historical events.”

Hawkeye – “Hawkeye has to come out of retirement (again) when troublemaker Kate Bishop begins running around claiming to be the new Hawkeye and gets into trouble with the mob. Ends up training her to take his place. Supernatural mobster The Hood and Hawkeye’s evil brother Trickshot might appear.”

Falcon and Winter Soldier – “Falcon and Bucky have to work together with a new government-sanctioned Captain America to stop terrorists from destroying the United Nations. New Cap eventually goes psycho and they have to stop him. Seems like it’ll lead to Sam becoming the new Cap after all.”

WandaVision – “Vision gets rebuilt, Wanda tries to give him a soul and he instead gets possessed by a dark force. Allegedly it’s more of a psychological thriller with a 1950’s aesthetic. Wanda and Vision end up living in the suburbs where the neighborhood is racist against Wanda’s robosexuality. The witch Agatha Harkness might appear.”

Of course, none of this has been confirmed yet, but based on past information revealed by Wardell, it’s all definitely worth consideration.