Lightning Bolt Went Through A Roof Vent And Shattered This Toilet Into Pieces, Unlocking A New Fear For Everyone (Pics) 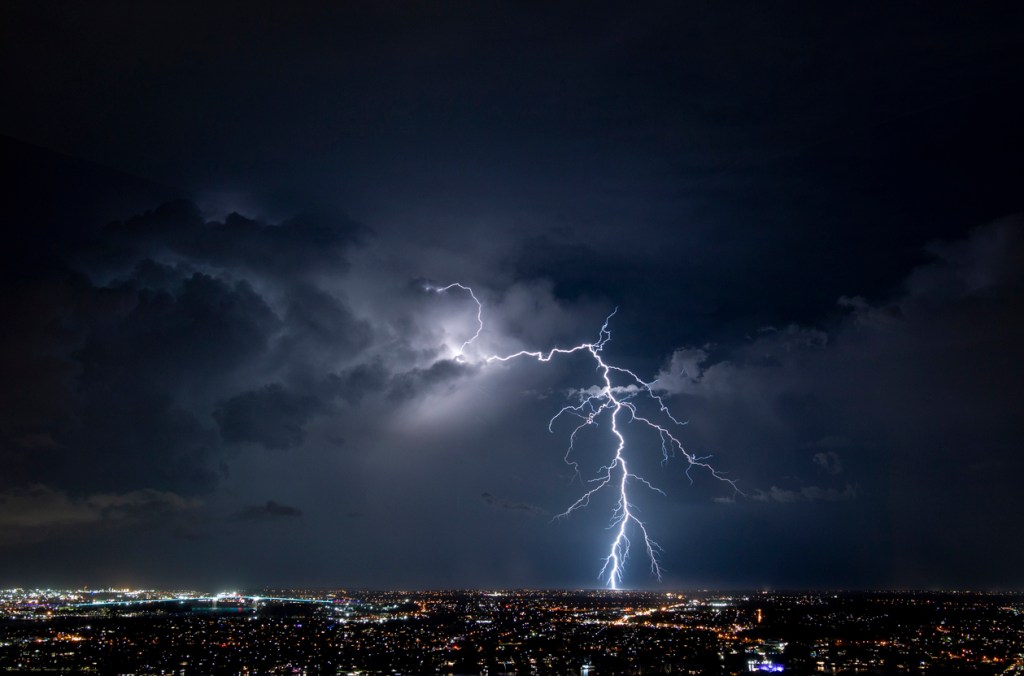 I’m relatively cautious when it comes to thunderstorms. I grew up in and around Tampa Bay which claims to be the ‘Lightning Capital of the World’ even if that’s not 100% true (it’s in Venezuela). But never until now did I know that a lightning bolt could travel through a vent in the roof, into my house, and ruin my dad while sitting on the toilet.

Firefighters from the Okmulgee Fire Department in Okmulgee, Oklahoma received one of the strangest emergency calls I’ve ever heard about. It was from the Oxford Apartments (complex) in Okmulgee which is straight south of Tulsa. A toilet had been blown to pieces by a lightning bolt.

What they discovered was during a thunder storm the lightning bolt slipped through a vent and presumably followed either the metal or water (or both) to the toilet where it stopped and blew that porcelain throne to pieces. The picture of the damage is outrageous. I’ve never seen anything like this in my life.

Luckily, nobody lived in the apartment YET. But someone was set to move in on Thursday morning…. Imagine being the super of that building and having to call your new tenant and saying ‘sorry, a lightning bolt came inside and blew up your toilet so you’ll have to wait for a new one.”

A picture of the exploded toilet was shared on Reddit where the comments should come with a warning. After reading through them, I’m now led to believe that I shouldn’t use the phone, water, or really do anything indoors during a thunderstorm. That’s a problem for me because I live in Florida and for the next 5 months we’ll have hellacious thunderstorms every single afternoon for about 45 minutes.

The CDC actually says to avoid water indoors during lightning storms. Their exact quote is “Do NOT bathe, shower, wash dishes, or have any other contact with water during a thunderstorm because lightning can travel through a building’s plumbing.”

If you told me that yesterday I would’ve thought you were out of your mind but after seeing that picture above, I’m no so sure. Lightning literally traveled inside and blew up a dang toilet!

They also recommend that you avoid using electronic equipment indoors if it is connected to an electrical outlet, avoid corded phones, and stay away from windows and doors. Again, this is a problem for me when lightning storms pass over my head every single afternoon from May through October.

Lightning is insanely fast. How fast? This fast…

The Texas teenager and a group of his friends were swinging some irons and thwacking some golf balls when it began to pour in the last 30 minutes of their allotted time slot. Of course, golfing in a thunderstorm is not only a terrible idea, but not allowed. As a result, Gomez and his friends had to head in and call it a day.

But Gomez wanted to hit just one more ball. He thought it would look cool if he crushed a bomb into a torrential downpour and asked his friend to film him take one last hack. The resulting video is crazy.

Gomez hit his ball at 88 miles per hour into the storm. Not but 100 yards off of the tee box, a lightning strike hit the ball in mid-air. The average speed of lightning falls around 670,000,000 miles per hour, so the ball never stood a chance. Even if it came off of Bryson DeChambeau’s driver.

You can read more about that right here in my colleague Grayson’s article.