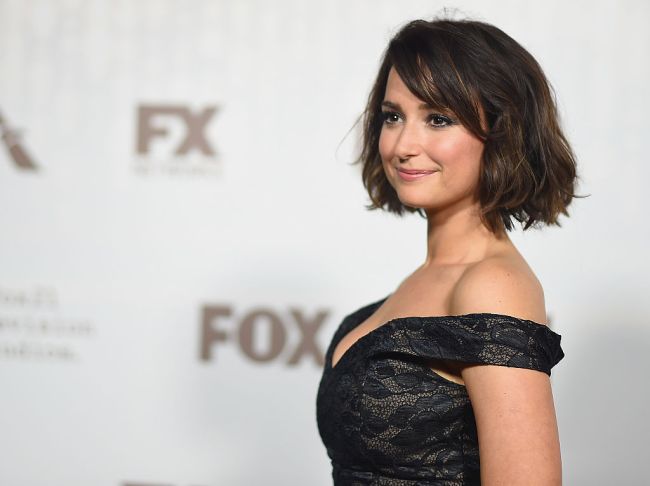 Despite starring in AT&T commercials since 2013, “AT&T Girl” Milana Vayntrub has recently seen a spike in the attention she’s receiving on social media — attention she does not want, the 33-year-old actress recently said on Instagram Live.

For the first time, Vayntrub has publicly addressed the viral photos of her that have been circulating on Twitter, particularly one photo features her in a revealing top while at a pool party. We will not be including that photo in this article.

Speaking to her 740,000 Instagram followers, Vayntrub said the recent comments about her on social media have “hurt her feelings”.

“Maybe it just has to do with being a person on the Internet, or maybe it’s specific to being a woman on the Internet. But all of these comments … it hurts my feelings. Let me tell you, I am not consenting to any of this. I do not want any of this.”

“The photos that have come out of me that are super-cleavage-y are from a pool party I went to in college over a decade ago. So yeah, all of the ‘milkies,’ and all of these … I mean, reporting them all – honestly, it’s like there are so many more of them than I have time to report,” she said.

y’all why the AT&T lady so fine 😳 pic.twitter.com/Nfag04cJrm

In a statement to Fox News, AT&T voiced their support for Vayntrub, saying they “will not tolerate inappropriate comments.”

“We will not tolerate the inappropriate comments and harassment of Milana Vayntrub, the talented actor that portrays Lily in our ads. We have disabled or deleted these comments on our social content that includes Lily and we will continue to fight to support her and our values, which appreciate and respect all women,” the statement reads.

After previously starring as Lily in AT&T commercials from 2013 to 2016, Vayntrub returned to the role earlier this year, thus sparking a renewed interest in the Uzbekistan-born American actress. In addition to her role as Lily for AT&T, Vayntrub has also starred in Other Space and This Is Us. She also voices Doreen Green / Squirrel Girl in the Marvel Rising franchise and will appear in the Kevin Hart-starring Quibi series Die Hart.