An Entrepreneur Raised $1.6 Million For A Line Of Edgy Tallboys Of Canned Water And Nothing Makes Sense Anymore 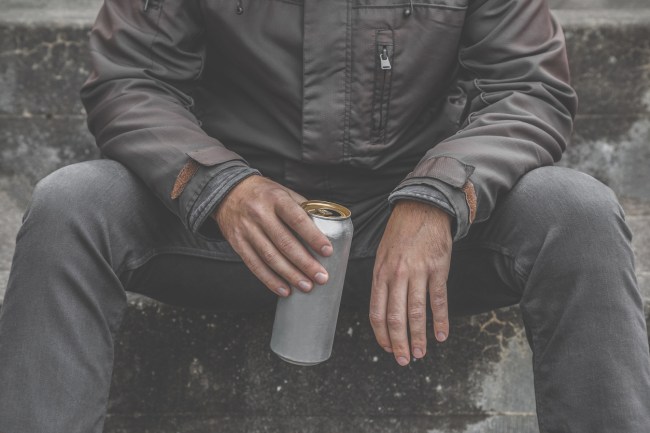 Water certainly isn’t my favorite drink in the world, but as someone who’s always been a huge fan of not dying due to dehydration, I’d probably put it toward the top of the list of my power rankings.

At some point during my travels around the internet, I stumbled upon the Wikipedia page for bottled water, which actually has an oddly fascinating history.

While people have been transporting water in various vessels since the early days of civilization, people really fell in love with bottled water in the mid-1700s—which is when it was sold commercially for the first time—and society has never really looked back since then.

Nowadays, bottled water seems fairly unnecessary when you consider the fact that sinks exist and the environment is going to shit but that hasn’t stopped the many companies who produce it from raking in around $16 billion a year in the United States alone (despite the fact that most of the products on the market are literally taken from the tap).

A couple of months ago, I wandered into a grocery store and discovered someone had come up with the totally brilliant idea to package water in 40 oz containers shaped like bottles of Steel Reserve that was naturally deemed problematic.

Peak gentrification will be someone carrying around their 40 ounce water bottle in this brown paper bag water cooler. 🙄 pic.twitter.com/b1ooeEOYrB

Now, one entrepreneur is getting into a similar game with a product that nobody really asked for but managed to raise an absurd amount of cash anyway.

According to Business Insider, former Netflix exec Mike Cessario recently convinced some people to throw him a collective $1.6 million to develop a brand of canned water packaged in tallboys dubbed “Liquid Death,” a moniker that sounds like a nickname for bleach as opposed to  H2O.

Sentence your thirst to death. pic.twitter.com/7i4pujdPA8

Liquid Death—whose tagline is “nothing’s better than water at murdering your thirst”—is mountain water sealed in 16-ounce cans design to appeal to straight-edgers who want to drink water while also looking like a member of Team Badass.

Sure, it might sound absurd, but I admit I can’t knock the hustle—nor can I deny the fact that their pledge to donate five cents for each can sold to battle plastic pollution in the ocean is pretty dope.

If you want to pick some up for yourself, feel free to do so here.