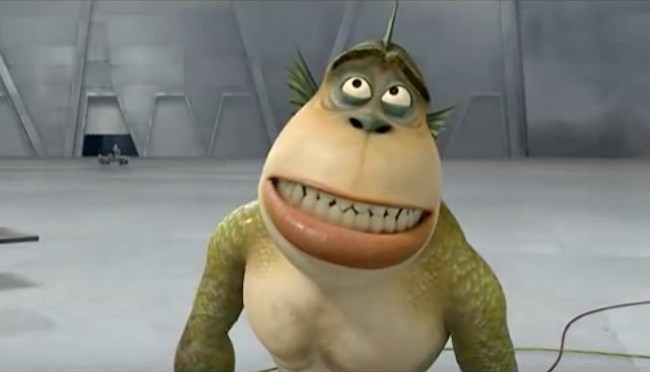 All across the nation, people are gearing up for the total solar eclipse on Monday. I read somewhere that Amazon’s having to issue massive refunds on fake eclipse glasses. Campgrounds throughout the nation are hosting parties. I’ve received non-stop pitch emails from beer and liquor brands asking me to suggest their eclipse-themed cocktails. People are hyped. So hyped that the hysteria is setting in.

It wasn’t so long ago that our nation was in the grips of a clown terror epidemic. Clowns were terrifying Americans from coast to coast. There were college campuses being attacked by clowns…I ask you this, is the Lizard Man the new clown? I see no other explanation for this hysteria below unless Lizard Men are causing mayhem on the level of clowns.

Regarding possible paranormal activity potentially occurring during the #SolarEclipse2017. As always, if you see something, say something. pic.twitter.com/O3IuYhHzqB

Here’s a larger look at that image: 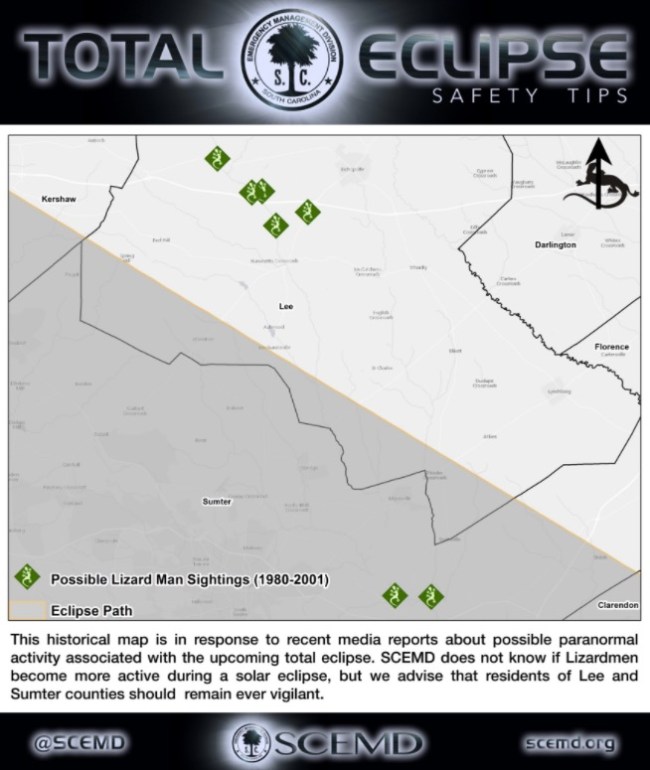 “If you see something, say something.”…I’m pretty sure that anyone running into a Lizard Man is going to get eaten alive before they have a chance to tweet about it. Good on the S.C. Emergency Management Division for releasing this map, though. We don’t want any stupid people dying from paranormal activity when they can be staring at the sun and losing their eyesight instead, right? (h/t WLTX)