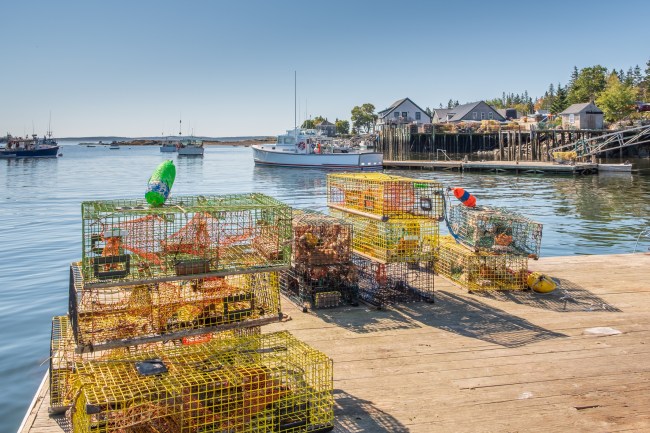 If you’ll indulge me for a minute we’re going to talk about the Boston equivalent of ‘Florida Man’ crime because what transpired in Charlestown this week reads like something straight out of a lazy 1990s movie starring Mark Wahlberg.

The gist of the crime is pretty straightforward: man steals work truck, gets busted. But the devil is in the detail. Once you peel back the onion layers you quickly see that this crime was so stereotypically Bostonian that it’s borderline hilarious (if it wasn’t criminal).

It transpired just after midnight on Tuesday (late Monday night) when at 12:38am, a man later identified by the Suffolk District Attorney’s office as 29-year-old Stephen Woodard, allegedly jumped into a lobster truck loaded up with $10,000+ worth of lobster headed for Europe and he took off speeding.

There was a crew actively loading lobster crates onto the truck who immediately hopped into another lobster truck because, well, this is Boston and there are lobster trucks everywhere. A chase ensued according to Boston Magazine that culminated in the thief’s capture:

Employees at the facility jumped in another lobster truck and gave chase, following the suspect a half-mile down the road to a spot outside the Boston Fire Department outpost at the intersection of Medford and Main streets. A confrontation ensued, and according to a Boston Police report, “The suspect refused to stop but instead deliberately crashed the stolen truck into the second box truck. The employees of the lobster company were able to detain the suspect until police arrived on scene.”

The suspect in the lobster caper, identified only as a 29-year-old South Boston man, has been arraigned in Charlestown District Court on a number of charges, police say, including receiving a stolen vehicle, assault and battery, and threats to commit harm. (via)

I reached out to our resident Boston Guy™, Matt Keohan, for a comment about this incident. Here’s wha the had to say: “The thing I’ll say is that in 2021, ‘Lobster Heist’ will be a movie starring Matt Damon and Ben Affleck and directed by Casey Affleck and will unnecessarily be set in Fenway Park. it will win two Oscars.”

It seems legit enough for me. I’d like to see Boston’s John Krasinski play one of the cops alongside Edward Norton if they can get him.

You might be surprised to learn this but the report on Boston Magazine was updated to state that this wasn’t 29-year-old Stephen Woodard’s first run-in with the law. Back in 2010, he managed to escape a Suffolk County Sheriff’s van before stealing a DPW vehicle which led to a 3-day manhunt that culminated with him being tracked down in a Charlestown apartment. Par for the course in Charlestown.

A post shared by Soy Sauce Meme Sauce & Beyond (@soy_sauce_beyond_meme_sauce)

If this had happened in Florida it would’ve been Shrimp or Stone Crab and people would be losing their minds over ‘Florida Man Strikes Again’ but since it’s Boston we just chalk it up to ‘Boston’s gonna Boston’.