Explaining The Villain Reveal At The End Of ‘Loki’ Episode 2 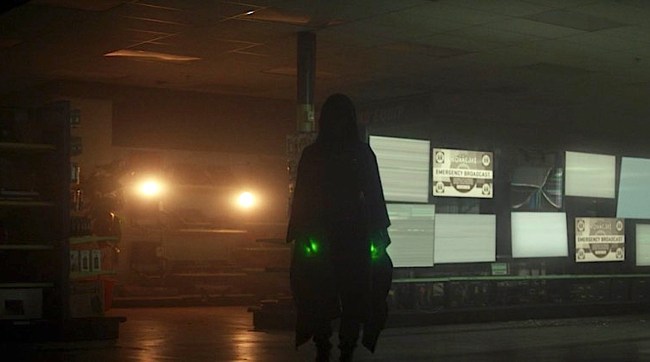 Warning: spoilers for Episode 2 of Loki, “The Variants”, will follow.

In the final moments of Episode 2 of Loki, “The Variants”, it’s finally revealed that the evil version of Loki that’s been raising all sorts of hell across the Sacred Timeline is none other than Lady Loki, portrayed by Sophia Di Martino. Lady Loki isn’t just some original MCU creation, either, as the character has a history from the comic books that began over a decade ago.

As we know about Loki, one of the sharpest tools in his shed of tricks is his shapeshifting ability, and in a 2008 Thor storyline written by J. Michael Straczynski, he did exactly that when he became Lady Loki. According to Nerdist, Lady Loki “became the primary version of the character throughout both the ’08 Thor run and Marvel’s massive Dark Reign event.”

In general, Lady Loki’s traits are similar to that of the original version: cunning, sly, mischievous, devious, etc.

What does she want and how is she going to do it?

This is where Episode 2 well and truly sets up not only the future of the series but the future of the Marvel Cinematic Universe as a whole. The long and short of it is this: Lady Loki is about to absolutely demolish the Sacred Timeline and plunge it into multiversal chaos. As one of the panicked TVA desk workers put it, “Somebody just bombed the Sacred Timeline.” But how?

Stealing reset chargers from the various TVA units she wiped out in the first two episodes, Lady Loki then sent them to and detonated them in various points throughout the Sacred Timeline, thus creating such a multitude of branch realities. As explained in Episode 1, should those branch realities grow unchecked beyond the red-line point-of-no-return, a multiverse will be created. Considering the panic that besets the TVA as soon as Lady Loki’s diabolical plan comes to fruition, it seems as though she’s already succeeded.

Where does she go from here?

Perhaps most interesting is whether or not Lady Loki will serve as strictly the antagonist for this series or if she’ll become a villainous fixture in the Marvel Cinematic Universe going forward.

At this stage, there’s simply no telling how the MCU is going to deploy the multiverse when it comes to its storytelling. There have been rumors that a second season of Loki is already in the works — if that’s the case, I’d certainly expect Lady Loki to return, as she, similar to Prime Loki, feels like more of an anti-hero than an out-and-out supervillain. Plus, given what we know about the upcoming future of the MCU — Spider-Man: No Way Home and Doctor Strange in the Multiverse of Madness, of course — the multiverse isn’t going to be resolved anytime soon.

Given that “The Variants” ended with Prime Loki following Ladi Loki into the multiverse, we’ll likely learn a whole lot more about her as soon as next week’s new episode begins.

Our Loki episode 2 recap pod will be dropping tomorrow over on the Post-Credit Podcast, so make sure to subscribe and check that out!