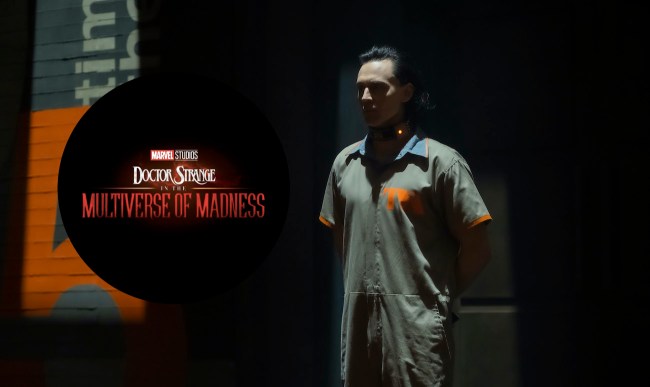 The first episode of Loki, arguably the most anticipated Marvel Cinematic Universe series yet, finally premiered on Disney+ on June 9, and with it came a whole new perspective on the MCU and what we can expect from the franchise in the coming years, particularly in terms of the multiverse and those who have the ability to influence it, such as the Sorcerer Supreme.

During the Miss Minutes informercial that essentially laid out the rules of the multiverse, the cartoon mentions that messing with the *multiverse* could lead to *madness*, which just so happens to be two of the seven words in the title for the upcoming Doctor Strange sequel, Doctor Strange in the Multiverse of Madness

Then, just a few minutes later, as Loki and Mobius exit the courtroom, the God of Mischief sees the full scope of the seemingly endless Time Variance Authority, decreeing it to be a “nightmare” and something he intended to burn to the ground. Mobius was quick to correct him, though, clarifying that nightmares are “another” department, and that’s a department he’d happily help Loki burn down.

Given the overwhelming bureaucratic nature of the Time Variance Authority, it’s possible that “department” is just their benign way of saying “dimension”, meaning this could be in reference to Nightmare, the longtime multiversal enemy of Doctor Strange.

Our full podcast recapping and reviewing the premiere episode of Loki will drop later today, so make sure to subscribe to the Post-Credit Podcast and check that out, as we’ll be breaking down every new episode of Loki right after they release on Wednesdays for the next five weeks.