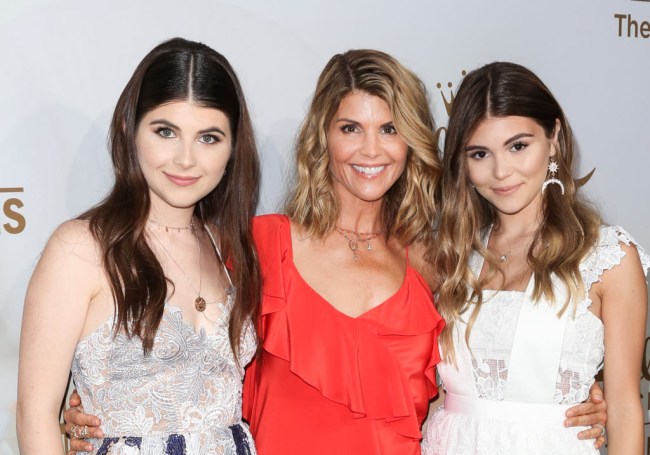 Lori Loughlin and her husband Mossimo Giannulli are facing prison time for their involvement in the nationwide college cheating scam. But it could get even worse according to a former federal prosecutor who says that Loughlin’s daughters may also face charges and there is allegedly evidence backing this claim.

Former federal prosecutor Neama Rahmani told SheKnows that Loughlin’s daughters could be charged for their role in the college bribery scandal.

Rahmani said that Olivia Jade and Isabella Giannulli could be in serious trouble because they may have assisted in getting them into the University of Southern California.

“Evidence seems to show that Loughlin and Giannulli’s daughters were aware of the fraudulent conspiracy, participated in it willingly, and acted to advance the conspiracy,” Rahmani told SheKnows. “If the parents go to trial, they also leave their children open to criminal liability charges.”

“There are fake photos of [Olivia Jade and Isabella] on rowers,” Rahmani continues. “They submitted fake applications to USC. They can’t argue it was all mom and dad. They are involved.”

RELATED: Lori Loughlin’s Daughters Are No Longer Enrolled At USC, Party It Up At Jonas Brothers Concert

The Aunt Becky actress, 55, and Giannulli, 56, had their daughters pretend to be rowing athletes, including appearing in staged photos. Olivia Jade, 20, and Isabella Rose, 21, were accepted onto USC’s crew team despite never actually participating in the sport.

“At a minimum, the daughters will be witnesses in a trial against their parents, but they could also be charged as defendants,” Rahmani said.

Rahmani pointed out that the courts were lenient to fellow college cheating scandal celebrity Felicity Huffman. But since Loughlin and Giannulli passed on a plea deal and are fighting the charges that stemmed from Operation Varsity Blues that they won’t get a light sentence such as the 14 days in prison that Huffman received.

“If Lori and her husband would come forward, assuming responsibility, it might protect their daughters from being prosecuted,” Rahmani advised. Rahmani pointed out that Loughlin and Giannulli’s lawyers will run with the defense that the celebrity couple were victimized by William “Rick” Singer and The Key Worldwide Foundation (KWF). The Full House star and husband paid $500,000 to Singer to get their daughters accepted into USC.

You can read the entire interview over at SheKnows.