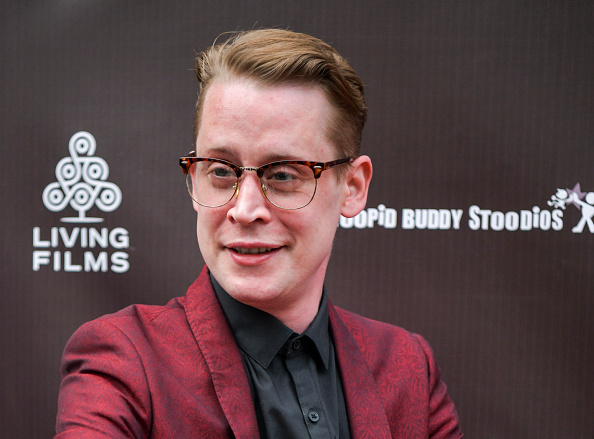 This article sources from the February 11 Esquire article Macaulay Culkin Is Not Like You, written by Ryan D’Agostino.

If you saw Finding Neverland, you probably have an opinion as to whether or not Michael Jackson was a diddler. Personally, I think some weird shit went down. I’m not saying those guys were telling the whole truth nuthin’ but da troof so help them Yahweh, but I do think that the whole situation smells a little fishy. Plus I loved the Wade Robson project on MTV. His frosted tips were a damn disco ball in that lighting.

I can’t get past the sleepovers. I know myself. I know my track record at sleepovers. For the past fifteen years of my life, whenever I’ve had a sleepover with an adult woman, I have tried to smooch my slumber buddy 100% of the time. Without fail, consistent to a fault, if I was under covers with a lady, I made overtures. Sent out the old Get Naked? paperless post hoping she’d send it back having checked the box marked “Down.” Some wins, some losses, life goes on.

But over the course of at least twelve sleepovers, did I ever ask a slumber buddy to stand up, turn around, and spread their butt cheeks while I stared into her cave of wonders and touched myself? Not often, no. Then again, I never sold 66 million copies of an album, so it’s tough to put myself in Michael Jackson’s patent leather loafers.

Still, the most damning evidence against the accusers was the testimony of Macauley Caulkin. The Home Alone star slept at Neverland a bunch but claims that Jackson never acted inappropriately towards him, and also that he never saw Jackson do anything weird to the other kids:

“Macaulay Culkin almost single-handedly devastated and shook the foundation of the prosecutions pattern evidence against Michael Jackson,” says one reporter, over footage of Culkin leaving the court after testifying. “Certainly if the jury believes Culkin, it will be a significant boost to the defense,” says another. (Vanity Fair, 2019)

MACK (as he likes to be called) did a huge spread in Esquire this month, where he talks a bit more about the whole ordeal:

“Look,” he says. “I’m gonna begin with the line—it’s not a line, it’s the truth: He never did anything to me. I never saw him do anything. And especially at this flash point in time, I’d have no reason to hold anything back. The guy has passed on. If anything—I’m not gonna say it would be stylish or anything like that, but right now is a good time to speak up. And if I had something to speak up about, I would totally do it. But no, I never saw anything; he never did anything.

That’s… pretty clear. It doesn’t exactly mean the other kids weren’t touched, but I’m sold that Culkin was left alone. Now, if we believe that to be true, my question is: Why didn’t Michael Jackson touch Macaulay Culkin?

Scholars debate. The obvious theory would be that Culkin was too famous and therefore the risk was too high. Couple years ago, I asked out SI swimsuit model Danielle Herrington. A bold move, sure. But I’ll always sleep better at night knowing, with certainty, that my feelings for her were not reciprocal. The next year, Danielle got the SI cover. I would NEVER have asked her out AFTER she got the cover. Too much heat. Stakes too high. Point is, Michael Jackson might have felt the same way about Macaulay Culkin. By the time they met, Culkin already had SI Cover heat thanks to Home Alone. Jackson might have just thought… he’s out of my league.

I don’t have another theory so we’ll let that first one marinade for a bit. In the meantime, read this exchange between Macaulay Culkin and James Franco:

“Here’s a good Michael Jackson story that doesn’t involve Michael Jackson at all,” Culkin said. “I ran into James Franco on a plane. I’d bumped into him two or three times over the years. I give him a little nod as we’re putting our bags overhead. Hey, how you doing? Good, how ya doing? And it was right after the Leaving Neverland documentary came out, and he goes, ‘So, that documentary!’ And that was all he said. I was like, ‘Uh-huh.’ Silence. So then he goes, ‘So what do you think?’ And I turned to him and I go, ‘Do you wanna talk about your dead friend?’ And he sheepishly went, ‘No, I don’t.’ So I said, ‘Cool, man, it was nice to see you.’ ”

It’s always so weird to picture massive celebrities in normal human settings, like putting their bags in the overhead compartment on a commercial flight. I love the little nod that says ‘hello, fellow famous person!’ And then Culkin completely ices him. Cringe central. But Mack? Just so you know? People are going to want to talk about your dead friend if an explosive HBO documentary comes out alleging that he blew kids. That’s just the lay of the land, friend.

Another great tidbit? Culkin apparently auditioned for Once Upon A Time… In Hollywood last year and bombed the audition. That’s heartening to hear for a guy (me) who has almost exclusively bombed auditions.

Anyway, read the article. It’s fascinating how Culkin has both leveraged, and distanced himself from, his Home Alone fame. Mack, if you’re reading this, good on ya pal. Come on the pod sometime.