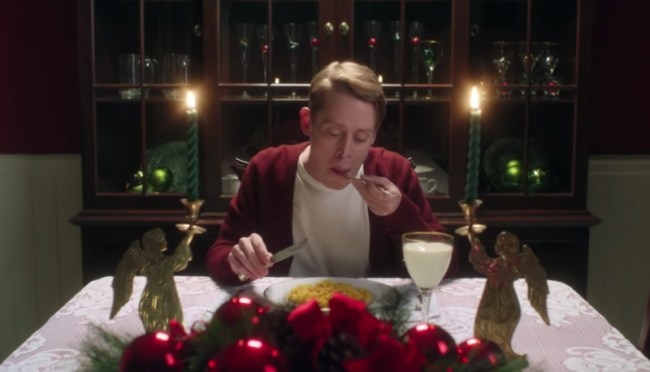 This is Kevin McAllister’s house, he has to defend it against any little trout sniffers that come his way and it’s easier than ever thanks to technology from Google in this incredible commercial. Macaulay Culkin reprises his role as Kevin McAllister and once again he made his family disappear, but this time he’s all grown up and can jump on his bed if he wants to, eat junk food, watch rubbish or even go through Buzz’s private stuff with zero repercussions. No clothes on anybody. Sickening.

This very amazing ad from Google comes complete with “Keep the change, ya filthy animal” quotes, aftershave, and mac-n-cheese dinners. Kevin McAllister is back! This time he’s using Google Home to order a lovely cheese pizza for himself.

This nostalgic commercial is definitely not what the French call “les incompetents.” It has all your favorite classic scenes that make 1990’s Home Alone one of the greatest Christmas movies of all-time. There is even a modern update of a Kevin Durant cutout instead of Michael Jordan. We are definitely thirsty for more grownup Kevin McAllister moments from a modern-day Home Alone.

Here’s everything you need to know about Home Alone in 60 seconds.

Last week, Macaulay visited the Angry Video Game Nerd and gave his opinion on the various Home Alone video games that have been released throughout the years.