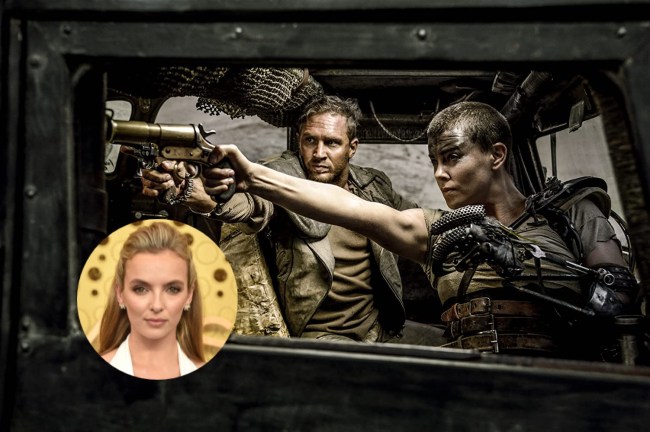 A few months back, we brought you the news that Mad Max: Fury Road director George Miller was in the process of developing the long-discussed Furiosa spin-off, with reports indicating that Jodie Comer (of Killing Eve fame) and Richard Madden (Game of Thrones, Bodyguard) were being eyed for the lead roles.

Now, while Comer’s casting has yet to be confirmed, the film itself has, in addition to the fact that Miller will indeed be casting a new and younger actress to take over the iconic role made famous by Charlize Theron. While Miller did say that he long considered using de-aging technology, he admitted that he ultimately feels the technology is not quite where he needs it to be yet.

“For the longest time, I thought we could just use CG de-aging on Charlize, but I don’t think we’re nearly there yet,” Miller said. “Despite the valiant attempts on ‘The Irishman,’ I think there’s still an uncanny valley. Everyone is on the verge of solving it, particularly Japanese video-game designers, but there’s still a pretty wide valley, I believe.” [via The New York Times]

As The New York Times article notes, Miller is looking for an actress in her 20s to take over the role, putting the 27-year-old Emmy Award-winning Comer right in that wheelhouse.

With Miller currently working on Three Thousand Years of Longing with Tilda Swinton and Idris Elba, he hopes to begin production on the Furiosa film immediately after. However, given our current global situation, it’s unclear when exactly that will be.

Luckily, the Furiosa project is already far more developed than most massive action films at this stage, as Miller and co-writer Nick Lathouris essentially wrote an entire screenplay for the character’s life while developing her back-story.

The project has been long in the works. During the decade and a half it took to bring “Fury Road” to the screen, Miller and his co-writer, Nick Lathouris, came up with extensive back stories for every character in the film, from the antagonist Immortan Joe to the comparatively minor Doof Warrior, who wields a flame-spewing guitar.

But it was Furiosa who received the bulk of their attention. Miller sought to answer questions about what the character’s life was like in the idyllic “Green Place,” why she was plucked from the group of woman warriors known as the Vuvalini, and how she became the hardened warrior we meet by the time “Fury Road” begins.

“It was purely a way of helping Charlize and explaining it to ourselves,” Miller said.

Still, they found Furiosa’s story so compelling that they decided to write a second screenplay even before a frame of “Fury Road” had been shot. [via The New York Times]

Given the current state of the world, it would stand to reason that Miller would want to get the cast together sooner rather than later, thus allowing the actors involved to be as prepared as possible when shooting does take place.