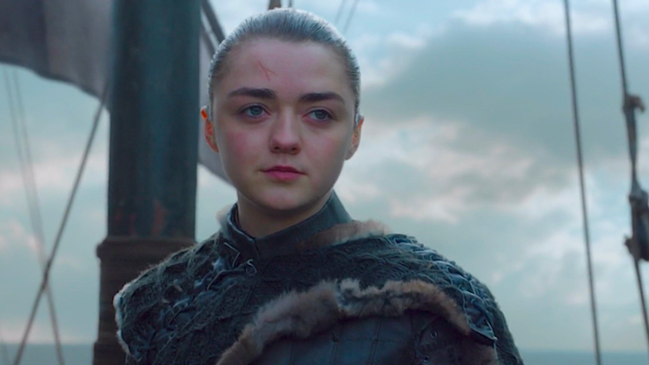 Maisie Williams, who famously starred as Arya Stark in all eight seasons of HBO’s mega-hit Game of Thrones, feels that the series “definitely fell off at the end.”

During a recent Twitch stream with her brother James, the 25-year-old actress — unable to contain her laughter — admitted that the iconic fantasy series “definitely fell off at the end.”

“You know what, I rewatched it all recently. It was… it definitely fell off at the end,” Williams said. “But it started really strong, really strong. I was heartbroken when Ned died and I knew it was coming. But for the first time, I could really feel the story.”

Williams’ opinion, of course, is one that’s echoed by a large majority of Game of Thrones fans, who feel that the series’ standards began slipping in the seventh season before ultimately cratering in the somewhat disastrous final season.

Still, despite the bad taste that Game of Thrones left in the mouths of fans, the prequel series House of the Dragon (which premiered in August and concluded its first season over the weekend) racked up massive numbers. According to reports, the season one finale of House of the Dragon was HBO’s most-watched finale since – yup, you guessed it! — 2019’s series finale of Game of Thrones.

RELATED: Incredible Mashup Makes The Case That ‘House Of The Dragon’ Is Actually Live-Action ‘Shrek’