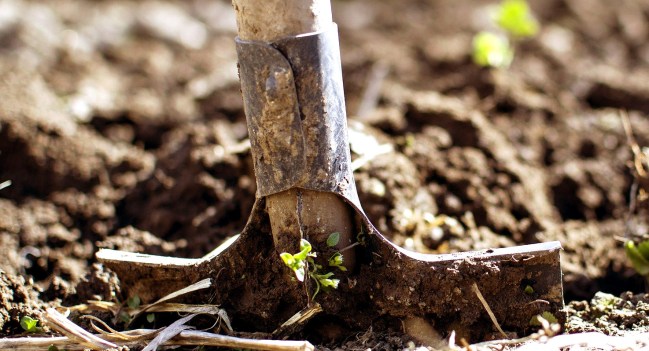 A bricklayer from Tijuana, Baja California, Mexico, identified as Alberto R., wanted to have regular hookups with his married mistress, Pamela, so badly that he went and dug a lengthy underground tunnel that crossed beneath several streets from his house to hers.

Oh, did we mention that Alberto is also married? Because he is, or well, was.

According to Cronica de Xalapa, it took Alberto several weeks to dig his tunnel of love (sorry, not sorry) and the story ended just about you would expect it to end.

According to the Tijuana media, Alberto and Pamela were in the act when Jorge, the husband, caught them.

It turns out that Pamela’s husband left work early and when he got home, he surprised them.

“Alberto tried to hide under the bed and when the husband began to look for him, the man was gone and instead found a tunnel that ended in the lover’s house.”

Jorge also entered the tunnel and when he got to the other house he found Alberto who, according to the border media, “begged him not to make noise because his wife was asleep in the room.”

Alberto has certainly got a set on him, doesn’t he? Of course, that’s also part of his problem apparently if you get my drift.

Man Digs Secret Underground Tunnel to Lover’s House, Gets Caught by Her Husbandhttps://t.co/po776KrXWJ

Turns out that Alberto’s plea to not wake his wife only made Jorge angrier leading to a fist fight between the men.

Naturally, this commotion woke Alberto’s wife, who wanted to know what was going on, discovered what he had been up to and reportedly joined Jorge in beating on her husband.

Neighbors, noticing all the ruckus, reportedly then alerted police who upon arrival and learning about the situation, decided to take Alberto away… for his own safety.