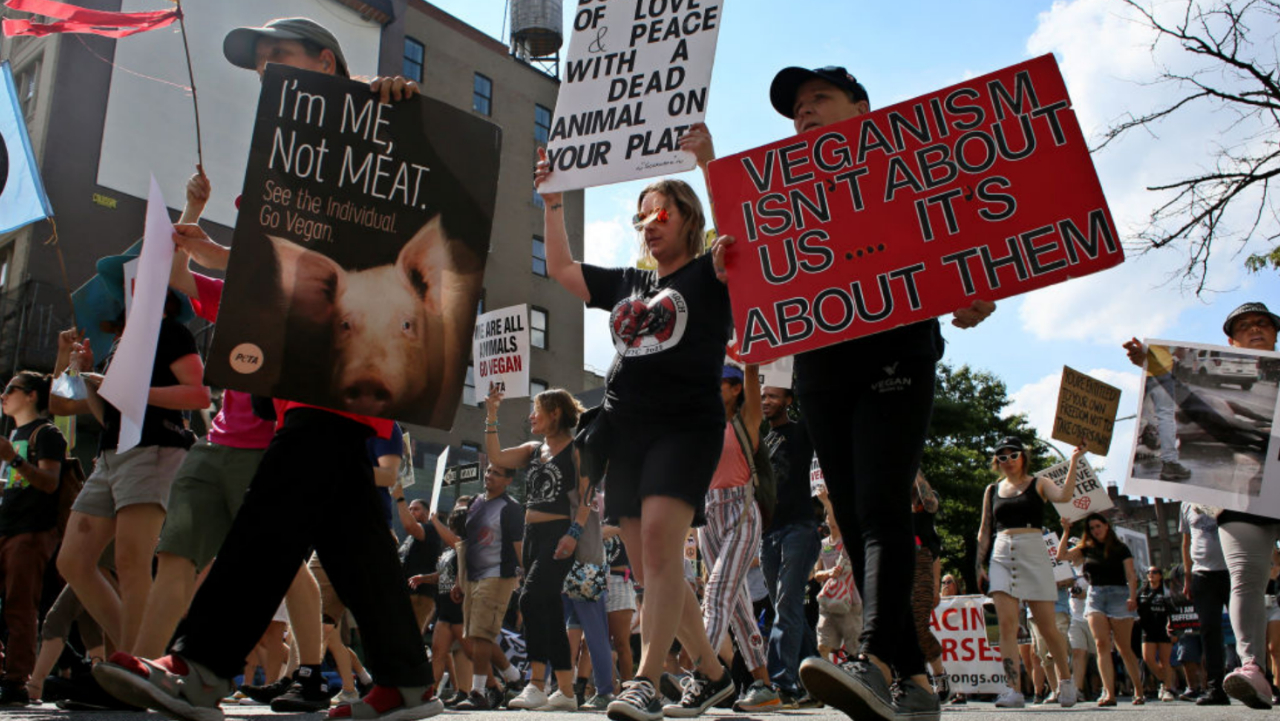 A man has gone viral after he mocked animal rights activists in New York over the weekend.

On Saturday, animal rights activists took to the streets of New York City to protest against several clothing brands that use animal products to make their clothes.

One brave man decided to walk up to the pissed-off activists while eating a beef kebab, and he got cursed out by the angry protestors.

In front of Nike in #NYC where animal rights activists were rallying in front. A man comes off the streets and starts mocking the activists and eats Shushka Bob in front of the activists. Activists start yelling at the man#pita #animals pic.twitter.com/puQ1I9EJlV

The man has since been deemed a hero on social media.

I normally don’t care for trolls but this guys obviously the greatest hero in American history. https://t.co/3dpxQyhnII

I'd like to submit for Man of the Year @FreeBeacon @AndrewStilesUSA https://t.co/JaRfRWrY5G

As many of you know, I am a vegetarian and have been for decades. I don't support killing animals. That said. This is hysterical. His calm demeanor in the face of this out of control yelling by protestors is classic!!! https://t.co/rmX3fv8glf

This guy just being cool calm and collected just eating meat quietly is the funniest thing I’ve seen in awhile.

This is how you counter protest. Just hold up a sign or in this case a piece of delicious meat, and let the crazies come to you! 😂pic.twitter.com/uRfyjISBF1