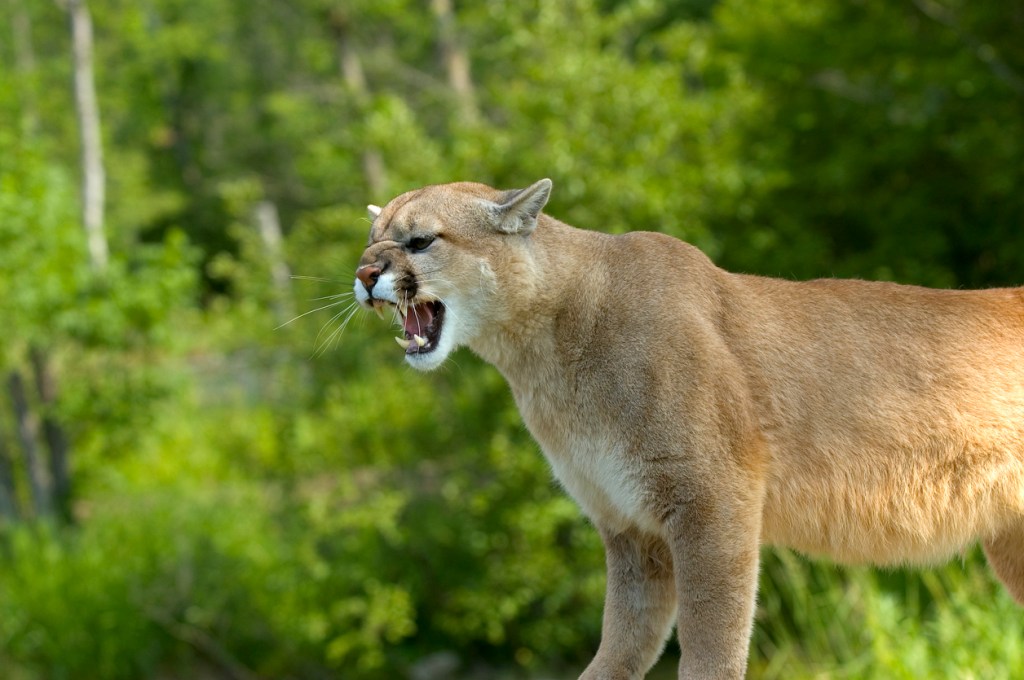 A man in Glenwood Springs, Colorado awoke in the middle of the night back in January after a starting noise and went to investigate. What he found was a mountain lion soaked in blood and snarling at him through the glass, standing over a massive elk that it had killed on his front porch.

Glenwood Springs is about halfway between Breckenridge and Grand Junction off I-70 headed towards the Utah border. It’s a small town with a population of under 10,000 residents and it’s best known for hot springs and other outdoor activities like rafting, kayaking, skiing, fishing, mountain biking, and all of the other stuff you can do in Colorado. Glenwood Springs is also where the legendary Doc Holliday (friend of Wyatt Earp) died.

So anyway, Charles Zelenka woke up in the middle of the night on January 4th and found this powerful and terrifying mountain lion snarling back at him with a huge dead elk on the porch. Check it out:

I missed this story from Outdoor Life back in January but came across it on Whiskey Riff this week and the video is still picking up a ton of views so I thought it was worth sharing with everyone. At the time of the incident, OL caught up with the man who filmed this video. He shared some interesting details about the encounter.

“That’s where the bumping and noise was coming from,” Zelenka told Outdoor Life. He dragged himself out of bed to look through the bathroom window, but couldn’t see anything in the darkness outside. His yellow Lab, Sunny, was curled up on the bed and didn’t seem perturbed. So Zelenka, hoping the noise would stop soon, went back to sleep. “Next thing I know, I heard some more thumping. I was like, alright, I have to check this out.”

So Zelenka descended the stairs and switched on the outdoor lights, peering out the window of his front door. “I was like, Holy crap, there’s an elk on my front porch! I could see it kicking its front legs. I was like, What the hell happened? I couldn’t figure it out.”

His first thought was the dead elk must’ve been hit by a nearby car and died on his porch. NOPE. His view of the thrashing elk was obscured by his grill. Then the elk stopped moving and he got a better look and that’s when he saw the massive mountain lion emerge from the darkness. And it was in the nick of time too as he was just about to open the door and go outside to investigate.

There are some GNARLY photos of the massacred elk on Outdoor Life which you can check out by following that link above.

How Common Are Mountain Lion Attacks In The USA?

I was born and raised in Florida and only ever knew the Florida Panther, a distinct subspecies of the mountain lion, and there are only an estimated 130 of them in the wild. That’s clearly affected my perception of cougar numbers because I thought there were maybe 2,000 total in the USA.