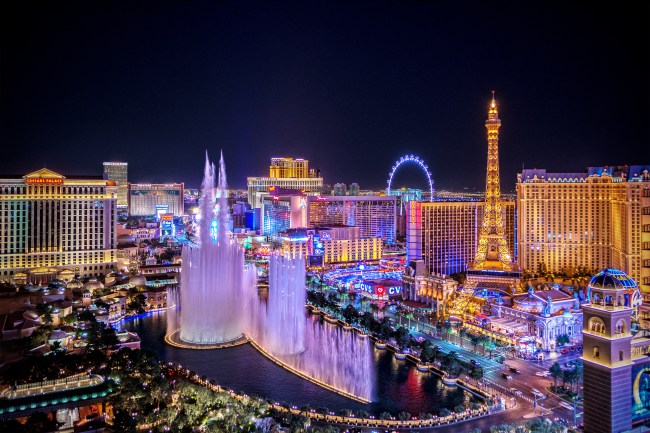 The guy across the aisle from me on the flight to Vegas did not bring luggage. None. He said he wanted to “force myself to win, so I can buy things I need.”

Bold strategy. I wish him well.

There I was yesterday, flying to Vegas, stuffing the overhead compartment with my gym bag full of toiletries, workout sneakers (just in case a HIIT class breaks out in the middle of the Pai Gow tables), my BOOK, and a few clean t-shirts.

If ever there was a loser mentality, this was it. Little did I know that the best way to ensure success in Vegas is by “burning the ships.”

The legend goes that in 1519, Hernan Cortes arrived on the shores of the new world and promptly burned his ships to send a message to his men: we will not retreat. There is no going back. We will either die, or this land will be ours. And two years later, they had conquered the mighty Aztec empire.

I’ve heard this strategy applied in athletic pump-up speeches. Once, our strength and conditioning coach, whose head was a legitimate rectangle, read some version of it prior to a big game against Princeton. Boy, were we excited. We ran out of that tunnel thinking we were warriors, conquerers, savages. Of course, it was a bit misplaced given that it was a home game for us. If anything, Princeton was the invading army. Maybe they figured this out because they beat us. Then we had to walk home, back across the Charles River, to do homework. Really wish we’d kept a few of our ships.

But I’ve never heard this strategy applied to a weekend in Las Vegas. Yesterday, I was on the plane out here, sitting across from a man with purple hair and an unrivaled zest for life. He opened the pleasantries by complimenting my new cowboy hat—a purchase I’d made with the hopes that it would bring me good luck at the tables. At this point, however, I’ve mostly been struggling to adjust to how wide the brim is. I keep bumping my head into overhead compartments, refrigerator doors, etc. It takes some time to realize that your headspace now has a far larger radius. I even tried to sling my gym bag strap over my head and nearly telescoped my spinal cord. The thing is broad.

I complimented him back on his hair, which he told me he does himself. He’s never been to Vegas and he is excited. Too excited, I think. For he didn’t bring any luggage; no clothes, no toiletries, no cross-training shoes for the Pai Gow HIIT class. No book, obviously. Just the clothing on his back and a pair of earbuds for the plane. I knew this because when we landed, he announced this to anyone within shouting distance. Seemed to think he should get some kind of preferential exit treatment. Everyone retrieving their bags from the overhead took precious time away from him and his date with the blackjack tables.

He said, and I quote: “I didn’t pack anything to force myself to win, so I can buy things I need.”

Have you ever wondered how people end up homeless? It all kinda clicked for me when he said that. You buy yourself a flight to Las Vegas, bring ZERO belongings, and somehow think that a casino will fund your survival. This guy took a leaf from the Bear Grylls nature notebook and is testing his mettle against the predatory food chain of Vegas, not knowing that he sits on the rock-bottom rung.

By contrast, I withdrew an exact cash amount prior to my trip. I fully expect to donate its entirety to the casino. Once dry, I will retire to my hotel room and take bubble baths until it’s time to leave. That’s how I will “get my value” out here.

For Vegas is a thorny-taloned beast. Once she has sunk her claws into you, she won’t shake you loose without her pound of flesh. To think otherwise is to commit the fault of so many who came before us—those who flew here in wide-eyed wonder, believing this was the place where the tide would turn, intoxicated by the clattering of a roulette ball, the whirring of an automatic shuffler, the swish of a cocktail waitress’s gossamer dress. Throwing caution and reason to the desert wind, they are lifted to great heights, then promptly dropped through the sky to be dashed upon the concrete strip; broken, depleted, and violently divorced from their delusion.

Whereupon they limp to Denver, or San Jose, or Seattle, licking their wounds, wondering what the hell happened, and homeless.

Still wearing the outfit they wore on the flight to Las Vegas.