Man Makes Amazing Discovery About The Gas Cap On His Car, Blows Thousands Of Minds 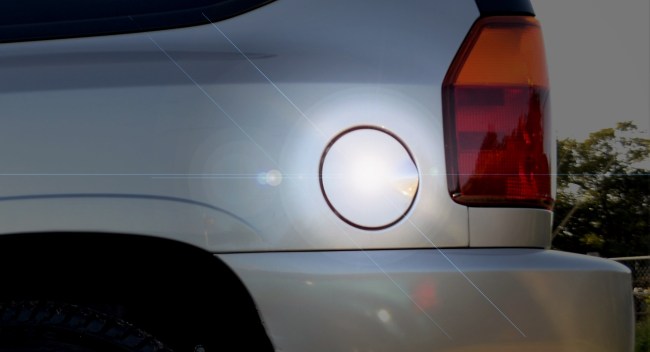 Every once in awhile social media, even TikTok, will provide us with actual information we can use in our lives. Yes, it is rare, but has been known to happen. When it does it is often referred to as some sort of hack.

Case in point, last week a man named Justin, who goes by the username @milltj01 on TikTok, blew the minds of hundreds of thousands of people with a discovery he made regarding the gas cap on his car.

“How did I not know this?” Justin captioned his video.

As the video progresses we see Justin open up the little door on the side of his car where the fuel goes and he says, “38 years on this earth and I just learned this.”

His discovery was so interesting that his TikTok video has now been viewed over one million times.

So what did he discover about his gas cap that thousands of people just like him never knew about before?

How did I not know this?

One of the thousands who commented on the video put it, “I’ll be back in a second, I have to check something.” That person was not the only one who felt that way.

“No, I’m not having that,” he says at the beginning of his video.

##stitch with @milltj01 learn something new on TikTok everyday! 🤦🏻‍♂️

Whaaaaaaaat? There’s more than one way to secure your gas cap depending on what king of car you own? And I thousands of people didn’t know about any of them?