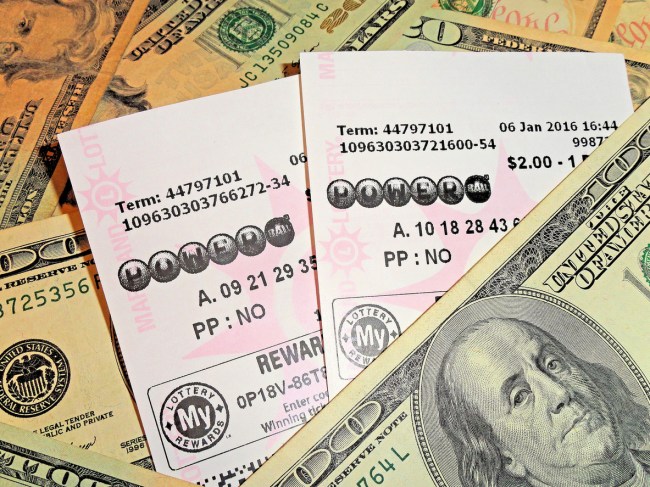 Powerball officials estimated the odds of winning last year’s $700 million Powerball jackpot were a favorable 1 in 292 million. I bought a couple tickets and I, like pretty much all of us, could have invested in RadioShack and seen a bigger ROI.

A Connecticut man named Charles Dudley knew when he purchased a Powerball ticket from the Shell Station in Wilton, CT that his odds of winning were equal to getting struck by lightning six times over. So, he forgot about it, and it almost cost him a truckload of money.

“I had stopped for ice cream at the Shell station that day,” Dudley told Lottery officials. “While I was there, I got a Powerball Quick Pick, put it in my wallet, and then forgot about it.”

Dudley had the $1 million winning ticket sitting in his wallet since the May 2nd drawing and only 23 days remained before the ticket was due to expire on October 29th.

Months later, Charles found the ticket when he was cleaning out his wallet. It was stuck between two useless old receipts.

“I checked the winning numbers on the Lottery’s website and couldn’t believe it. I checked it over and over. The numbers were a match. It didn’t feel real, though, until I checked the location of where the ticket was sold. It was where I bought my ticket.”

For selling the winning ticket, the Georgetown Shell station will receive a $2,500 bonus from the CT Lottery.

The moral of the story: check your wallets periodically. Last week, I found a giftcard to Buffalo Wild Wings with $12.83 still on it. A great reason to get fat and drunk on a Tuesday.