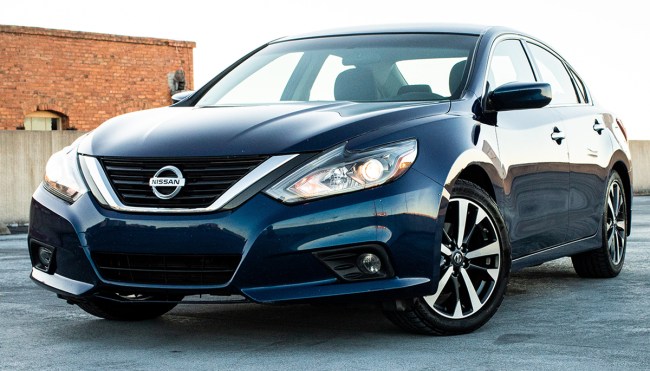 Every once in a while, we find ourselves presented with the chance to seize the kind of opportunity you can spend the rest of your life bragging about at a bar and incorporating into conversations at parties if you play your cards right.

It appears a man named Ryan Woods recently did exactly that, as he’s become a minor internet celebrity courtesy of a now-deleted post that originally appeared on the “Big Altima Energy Facebook” page.

If you don’t keep your finger on the pulse of Car Meme Culture, you should know the Nissan Altima has earned a bit of a reputation in recent years among many drivers as the kind of vehicle you want to keep a close eye on when you encounter it on the road thanks to a stereotype concerning less-than-stellar driving skills their owners seem to possess.

mfs get in their altima and think it’s f1

You should basically run if you see an Altima https://t.co/NIcV7acagF

Based on a post that appeared on the aforementioned page, Woods didn’t really do much to dispel that preconception when he allegedly commandeered his sister’s Altima and entered it in a 50-lap race at a nearby track as one of the 40 drivers competing—where he says he ultimately walked away with a $2,000 prize after taking home the checkered flag.

Based on the victory photo he posted, it does seem like some of that money may have to go to paying for the body damage he seemingly incurred during the race (although plenty of people joked it probably looked like that before the green flag waved based on how many Altima owners treat their cars).

Do I have any real proof that Woods actually pulled this off? No, but like Special Agent Fox Mulder, I’m going to believe until proven otherwise.