Map Shows The Most Hated Thanksgiving Food In Each State And We May Have To Exile Maine, Oregon And Idaho 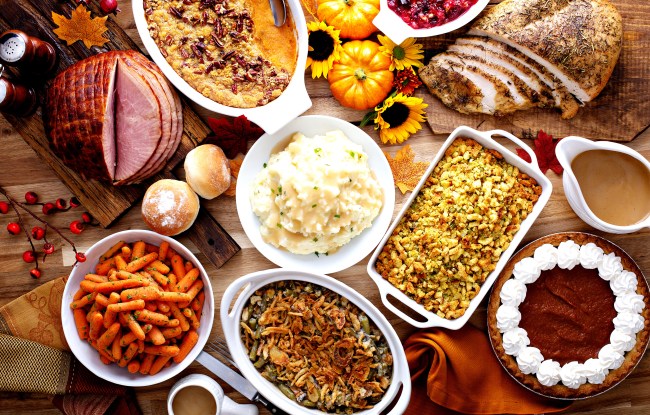 Thanksgiving means two things: football and food. Lots and lots of food. As in eat until you literally can’t move.

It’s the only day of the year where you are literally expected to be a lazy glutton. What a wonderful day.

But what food do people like to eat the most on Thanksgiving? No idea, but thanks to a new study of geotagged Twitter data since November 1 tracking phrases and hashtags about hating specific dishes, conducted by food site thedaringkitchen.com, we know which food people hate to eat the most on Thanksgiving. For example, the phrase, “I hate turkey” or “I hate cranberry sauce.” Over 50,000 “hate tweets” were tracked.

Amazingly, a lot of people apparently really hate eating turkey on Turkey Day. In fact, there are 12 states where more people tweeted about hating turkey than liking it. 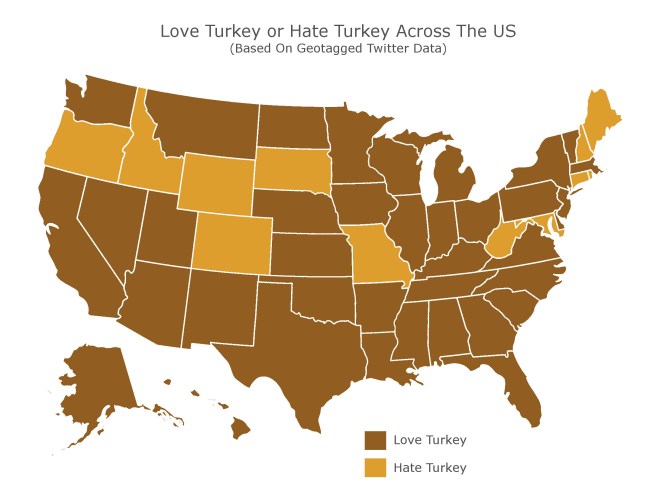 However, when it comes to which dish people hate the most on Thanksgiving, most everyone got it right with green bean casserole and cranberry sauce taking the top two spots for worst Thanksgiving food.

Looks like we still need to have a little talk with Maine, Oregon and Idaho. There is also, in my humble opinion, something amiss with many of the people in Pennsylvania, Virginia, and Louisiana, but we’ll let them slide for now.

And before you ask, yes, other dishes were mentioned, but none of them beat out one of those six foods.

Here’s the breakdown by state… 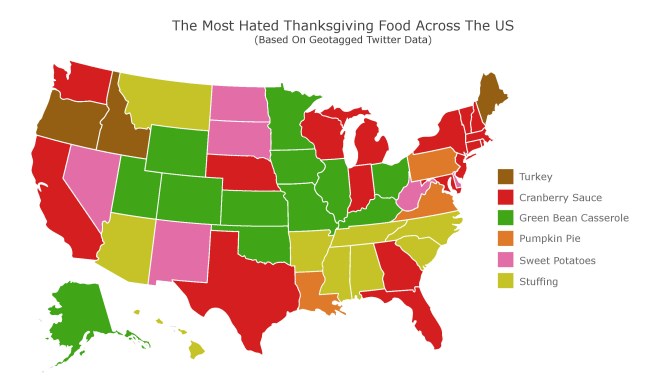