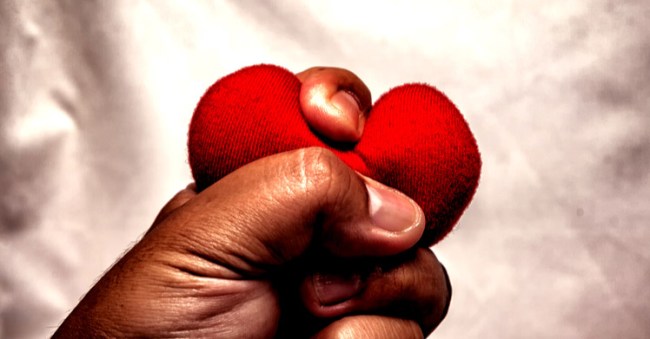 For the most part, people fall into one of three camps on Valentine’s Day.

One, you LOVE Valentine’s Day because you get to spend it with the one you love and lavish presents on them. (You did buy a gift, right?)

Two, you put up with the nonsense that is Valentine’s Day because your loved one fits into category number one.

And three, you loathe Valentine’s Day because it’s just a stupid made-up holiday to sell candy and flowers and other crap that you don’t even have anyone to buy them for so why do they have to remind you about the fact that you are single again this year with no prospects on the horizon for that ever changing?

The map, which was created by BodyNutrition.org, is based on geotagged Twitter data (over 100,000 tweets) over the last month about people talking about being single on Valentine’s Day.

Interestingly enough, for some reason the East coast isn’t doing very much complaining much at all. What do you guys know that I don’t?

The top 10 states who have done the most complaining about being single on Valentine’s Day in 2018 are (drumroll, please)…

Hawaii? Really? Utah, Alaska, Idaho, Iowa, Arkansas, and maybe even Nevada and Oklahoma I can kind of get, but Hawaii? If you live in Hawaii you are not allowed to complain about being single on Valentine’s Day. Just go sit on the beach, drink a Corona, and appreciate the fact that you live in freaking Hawaii. Hawaii…

Here’s where the rest of the 50 states stand… 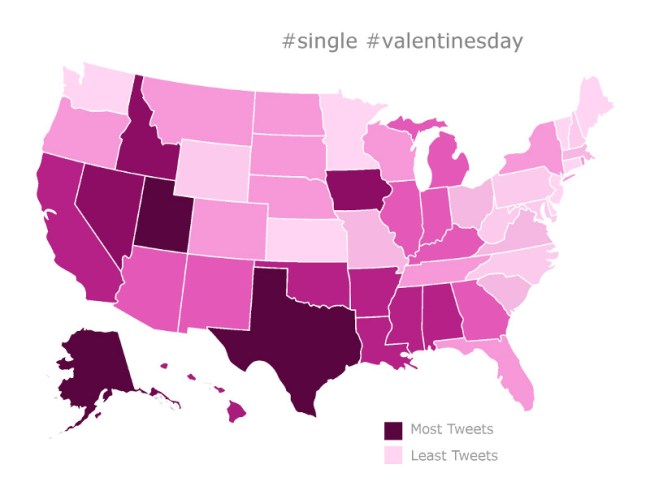 Now please enjoy these witty tweets about this totally made-up and pointless “holiday.”

Saying Happy Valentine’s Day to a woman tomorrow may be a sexist microaggression. Act accordingly, gentlemen.

Early night tonight can’t be tired for Valentine’s Day tomorrow got a big evening of doing absolutely fuck all !

“wyd on Valentine’s Day?” going to work because it’s Wednesday

it's almost valentine's day and i have to watch everyone i know in a relationship be happy while i rot knowing i'm going to die alone pic.twitter.com/IqJnIHcWTA

Quick reminder to tread carefully around bitcoin investors, who get especially sensitive about being virgins on Valentine's Day.

Valentine's Day isn't expensive if you never have a Valentine. Keep your money in your wallet. #ValentinesDay pic.twitter.com/0OyCGDGkKE

A visual representation of me on Valentine's day 💙 pic.twitter.com/gOTZgbNpah

Dear singles,
Remember that the sun is single too, but still shines
Happy Valentine's Day