Margot Robbie Revealed Her One Regret About Playing Harley Quinn, And It Involves Death Threats 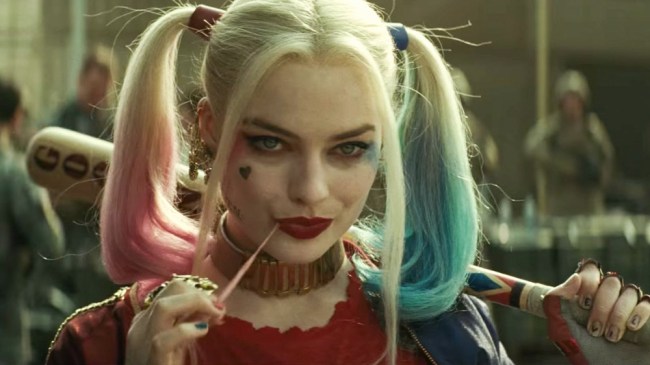 In a new interview with The Hollywood Reporter to discuss her new film I, Tonya, Margot Robbie revealed how different it is to play a comic book character versus your regular acting role.

One of those differences Robbie shared about her time playing Harley Quinn in Suicide Squad was the fact that she got death threats and they didn’t involve Jared Leto being “method.”

She’s given a lot of thought to the pitfalls of fame in the past few years and wonders aloud whether perhaps someone at the talent agencies or elsewhere in the process should tell an actor before he or she signs on to a project like Suicide Squad, “You’re about to be in a comic book film; now here’s the worst-case scenario of how big and scary it can get.” Robbie, who has had to contend with stalkers and death threats, is now forced to spend a great deal of time and resources on personal security. “There’s just all this stuff you learn along the way, like, when you get those death threats, it’s [smart] to have a security team do a background check on whoever sent them to see if there is any past history of violence because you’ll need to know whether you need security to go to certain events,” she explains. “And every time you do a background check, it’s going to cost $2,000, so take that into consideration when you’re getting yourself into this.”

Really, people? Jeezus. See? This is why we can’t have nice things.

Robbie grows more impassioned as she continues. “And it’s like, ‘OK, that’s a different kind of career.’ Because then you need to always do a job that can financially support that lifestyle; you can’t just do indie films for the rest of your life because that film back there changed everything and now you have to be able to afford security.” She pauses to gather her thoughts, and then she adds, “I just wish someone had explained a lot of those things to me early on. I wouldn’t have resented the position I found myself in because I would’ve known what I was getting myself into.”

Hey, dummies who made death threats, while Suicide Squad may not have been the best movie ever, it still made over $700 million worldwide, and in case you didn’t notice, Margot Robbie’s portrayal of Harley Quinn was hands-down the best part of the film.

Thankfully, despite the death threats and extra security that comes with playing Quinn, Robbie is still gung-ho to keep playing the role, revealing that she is “working on a separate spin-off for Harley” and will also be playing her in Suicide Squad 2, Gotham City Sirens and Harley Quinn & The Joker.