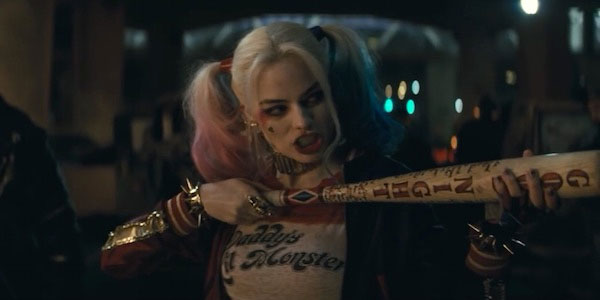 Everyone’s favorite psychiatric hospital intern turned super villain is getting her very own movie. In an interview with MTV, Margot Robbie revealed that her character Harley Quinn is getting a film that is completely separate from the ones already announced. Robbie revealed she has been working on the standalone movie for the past two years, and the film will feature the “girl gang” Harley was missing in Suicide Squad.

“I’ve been working on a separate spin-off for Harley for a while now,” Robbie said. The upcoming movie is totally separate from the rumored Joker/Harley film Gotham City Sirens or Suicide Squad 2. Robbie wasn’t sure which movie will be released first, she is ready and willing to become Harley Quinn again in 2018. “Honestly, I don’t think anyone knows what’s going to be the next thing to happen, but I think everyone is keen to get Harley back onscreen so everyone is working on lots of different versions of what that could be.”

One thing that Margot does know is that she wants to see Quinn with her girl gang. “I want to see her with other women. I kept saying when we were shooting Suicide Squad, ‘She needs her girlfriends,’ she needs other girls around her because she loves that,” Robbie said. “You see it in the comics. She loves meeting people, any people, but she needs her girl gang.”

But she doesn’t want to alter or be untrue to the comic book version of Harley Quinn, but isn’t afraid to take chances with the role. “I think when it comes to something that has such a huge fan base already, you obviously want to do the fans justice,” Margot explained. “You want to show them the characters they fell in love with, but you also can’t be paralyzed by the idea of, ‘How do we please everyone?’ because it’s just not going to happen with any film.” The Harley Quinn movie will involve Margot’s production company, LuckyChap Entertainment. The more Margot Robbie as Harley Quinn the better.