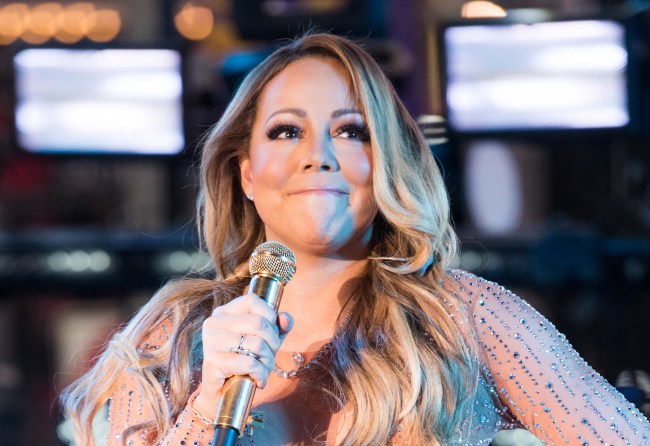 Mariah Carey is ending the decade on the wrong foot.

On New Year’s eve, Mariah’s Twitter account was hacked and more than 50 vulgar tweets have been posted to Carey’s 21.4 million followers. All of Carey’s tweets have since been deleted but here are some screenshots of the messages that were sent by the hackets. 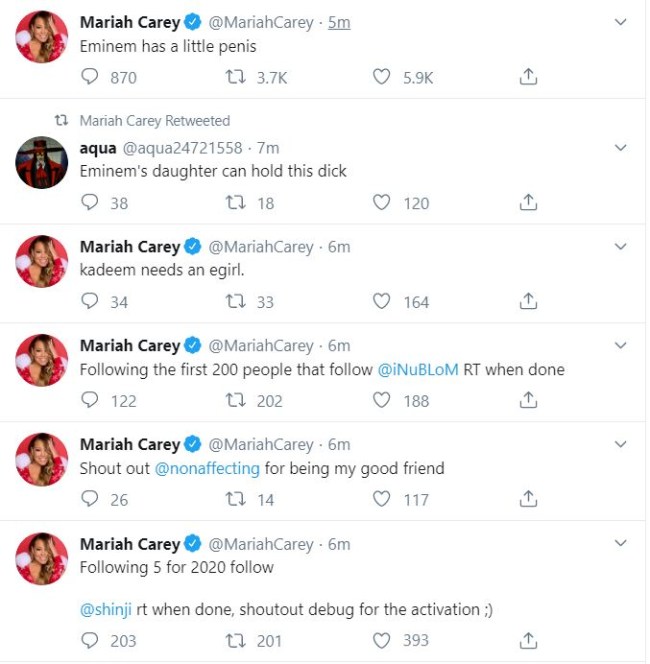 Mariah Carey's Twitter getting hacked is a bizzare way to end 2019 and the 2010s. pic.twitter.com/fvpC92Aa0Q

LMAOOOOO the tweets are being deleted now but December 31st 2019 will go down as the day Mariah Carey's Twitter got hacked pic.twitter.com/dvHu7jfj3q

Mariah when she got a no.1 in four separate decades: pic.twitter.com/0tDU8fkw9W