Mark Cuban Says This Is ‘One Of The Best Purchases He’s Ever Made,’ Only 25 People In The World Have It 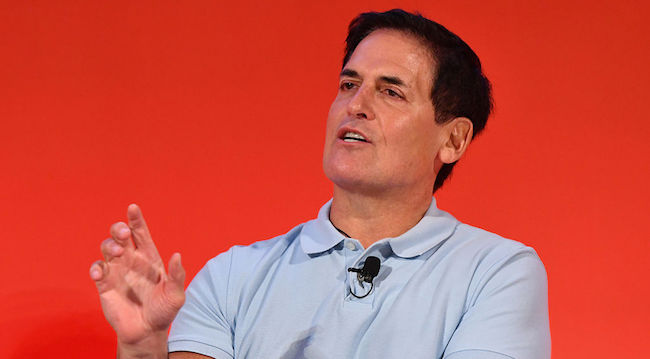 Mark Cuban has a net worth of $3.7 billion, which affords him to buy plenty of incredible toys such as a Gulfstream V private jet, a custom-built 24,000-square-foot mansion, and the Dallas Mavericks. But there is something that Cubes considers “one of the best purchases [he’s] ever made.” An airline ticket.

This is no ordinary airline ticket, this is the end-all-be-all of airline tickets. In 1981, American Airlines was in deep financial troubles as a result of the Airline Deregulation Act of 1978 and posted $76 million in losses in 1980. To get a quick influx of cash, the flailing American Airlines introduced the unlimited AAirpass, which provided customers with unlimited first-class travel for life. There were no restrictions and you could take as many first-class flights to wherever, whenever your heart desired. The unlimited pass even allowed passengers to earn flyer miles.

The price for this golden ticket was a very reasonable $250,000, and you could purchase an additional seat for a mere $150,000. For multi-millionaires who travel the country regularly, this was a steal. According to The Hustle, 28 snatched one of the greatest travel deals in history. Including Mark Cuban.

Financier Steve Rothstein and marketing executive Jacques E. Vroom Jr. also purchased the unlimited AAirpass and used it to the maximum. Rothstein bought his pass in 1987 and ended up taking 10,000 flights over the next 25 years. Even flying to Ontario because he wanted a sandwich. He’d offer the companion seat to strangers he met at the airport. Rothstein would also book the companion seat and then cancel at the last minute to get more room for himself.

Vroom used a loan to purchase his golden ticket because he knew it was such a bargain. He used it to go to France just to have lunch with a friend. He flew from Texas to Maine regularly to see his son’s football games. One time, Vroom flew his daughter to Buenos Aires for a day… to help her write a middle school report on South American culture. Vroom racked up so many frequent flier miles that he started donating them to AIDS patients so they could visit their families.

American Airlines realized that they charged too little for their unlimited airfare so they upped the price to $600,00 for two passes in 1990. Then increased the price to $1 million the next year. American Airlines completely stopped selling the unlimited AAirpass by 1994. So next time you see Mark Cuban in first-class, you’ll know that he paid pennies on the dollar for that flight, while you make your way to your economy-class seat.