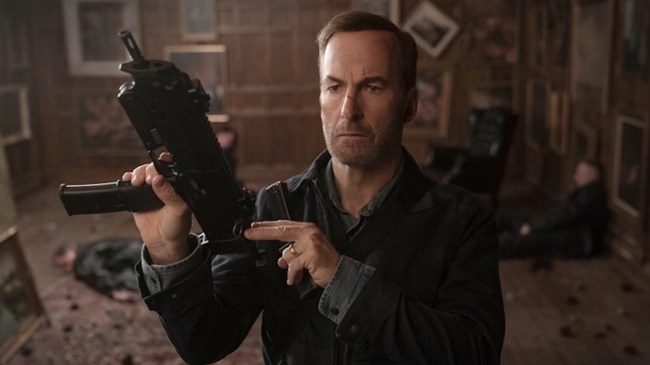 Marvel Studios is reportedly in talks with Better Call Saul and Breaking Bad star Bob Odenkirk for a role in their upcoming Disney+ series Wonder Man. Given the recent slew of casting announcements regarding the series, it’s possible that Marvel is targeting a late 2023 release.

As per the report from The Illuminerdi, while it has not been confirmed, it’s being speculated that the 60-year-old Odenkirk is in talks to play the agent of Simons Williams, the titular Wonder Man who is being played by Yahya Abdul-Mateen II. In the Marvel universe, Williams is an actor and stuntman. Yahya Abdul-Mateen II’s casting was announced earlier this week.

In addition to The Matrix: Resurrections and Watchmen alum Yahya Abdul-Mateen II, Wonder Man — which is being produced and partially directed by Shang-Chi filmmaker Destin Daniel Creton — will also feature Ben Kingsley as alcoholic actor Trevor Slattery. Slattery has previously appeared in MCU films such as Iron Man 3 and the aforementioned Shang-Chi and the Legend of the Ten Rings.

The 36-year-old Abdul-Mateen’s career has been on a steady rise for a few years now, as he not only won an Emmy for his role as Dr. Manhattan in HBO’s Watchmen, but he’s also starred in projects such as Aquaman (and its upcoming 2023 sequel), Candyman, The Matrix Resurrections, Ambulance, The Trial of the Chicago 7, and Us.

As for Odenkirk, he’s also set to star in the upcoming AMC series Straight Man, which is a dramedy adapted from Richard Russo’s 1997 novel of the same name. Odenkirk stars as William Henry Devereaux Jr., a college professor who is going through a midlife crisis. The network says that the eight-episode first season will premiere sometime next year.