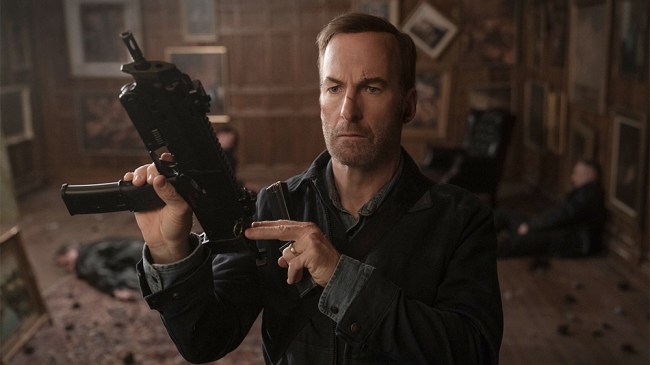 Over the Summer, the entertainment world was given quite the scare when news broke that Better Call Saul star Bob Odenkirk had a heart attack on the set of the hit drama while filming the final season.

After being left in a limbo of uncertainty for a few hours, reports finally broke that Odenkirk had survived, which prompted a massive sigh of relief from all those who know and love his work. He certainly wasn’t down for long, either, as the 59-year-old returned to the set of Better Call Saul in September, just two months after his July cardiac arrest.

During a recent interview on The Howard Stern Show, Odenkirk recalled the harrowing moment, revealing that the responding medical professionals had to use a defibrillator on him three times, “which is actually a lot.”

“When the defibrillator doesn’t work once, that’s not good. When it doesn’t work the second time, that is kind of like — forget it. But then they jacked it up a third time, and it got me back to a rhythm,” the beloved comedian told Howard Stern.

“Because I was in good shape, you kind of enlarge other veins around your heart, if you work out a lot. And I was told that more blood was able to go to my heart during CPR because these veins were just a little bit bigger from a lot of working out.”

Luckily for friends, family, and fans, Odenkirk is alive and well and will star in the sixth and final season of Better Call Saul when it premieres on AMC on Monday, April 18.