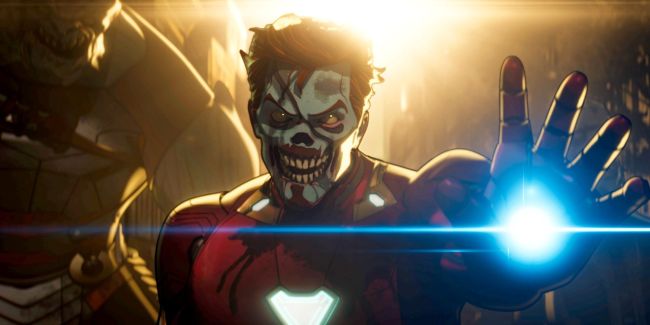 According to Mark Millar — famed comic book writer known for creating Kingsman: The Secret Service and Kick Ass, while also penning iconic Marvel and DC arcs such as Civil War and Superman: Red Son — Marvel Studios is in the early stages of developing a live-action Marvel Zombies project, which is a concept fans just saw *fleshed* out (pun intended) in an episode of their new animated series What If…?.

Millar claims in his latest newsletter that “(if my sources are correct) a little live-action Marvel Zombies further down the line, but you never heard that from me.” [via CBR]

Now, if this wasn’t coming from someone as plugged in as Millar, I’d shrug it off as nonsense, as the idea of Marvel Studios taking a swing at a live-action zombie movie just doesn’t feel like it’s part of their M.O., especially considering the fact that Doctor Strange director Scott Derrickson departed from the sequel due to “creative differences” likely caused by Derrickson’s general horror-genre bend. But we’re talking about a man who’s written the comic book that’s the basis for one of the MCU’s biggest movies, Captain America: Civil War — if we’re not going to take his word for it, then who’s word is worth anything?

If anything, I could more so zombies appearing in a Marvel movie than the heroes actually becoming zombies. Just feels like a step too far for Disney to turn the Avengers into oozing undead. If they did have the stones to pull it off, though, it would undoubtedly be quite the flex from the ole Mouse House.

The next film in the Marvel Cinematic Universe, Eternals, will hit theaters on November 5. Then, of course, it’s the big one(s), as Spider-Man: No Way Home will release on December 17, while Doctor Strange in the Multiverse of Madness will drop on March 25.