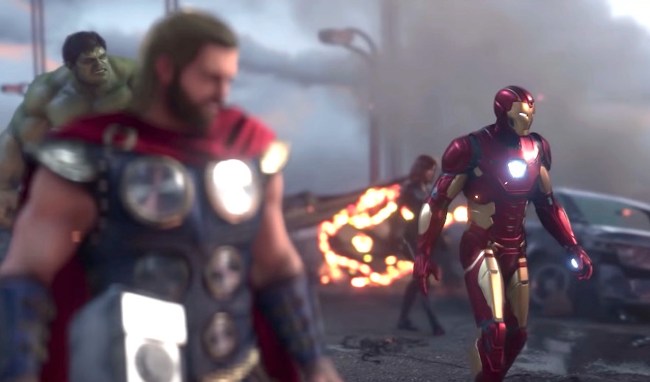 For as long as the Marvel Cinematic Universe has existed, I’ve long maintained the admittedly ridiculous opinion that I won’t be truly impressed until they deliver an Avengers video game.

Warner Bros. pulled it off for years with the Batman: Arkham franchise, so there’s no reason why companies as powerful and influential as Marvel Studios and Disney couldn’t pull off that same feat.

Then, finally, late last year, Marvel released the first trailer for their Avengers game and people were… not very impressed. In fact, the initial trailer was so poorly received that the studio behind the game elected to push its release date from May 15 all the way to September 4 to work out the kinks.

Still, despite the troubling early warning signs, there’s still plenty to be excited about when it comes to this game, as it represents fans’ first chance to properly fly around like Iron Man and Thor for the first time since the Marvel Cinematic Universe began back in 2008.

In an effort to reestablish hype for the game, Marvel has released a new pre-order trailer for the game that features updates to the graphics that were so widely derided the first time around.

“Embrace your powers and join key members of the development team at Crystal Dynamics and the creative team at Marvel Games as they talk exclusively about the upcoming Marvel’s Avengers. This is the defining Avengers gaming experience: an epic action-adventure that combines cinematic storytelling with continuous single-player and co-operative gameplay. Moderated by Andrea Rene, assemble in teams up to four players, master extraordinary abilities, customize your heroes to fit your playstyle, and combine powers to defend an ever-expanding world under constant threat,” the game description reads.