Aziz Ansari’s ‘Master of None’ Is Returning Next Month, But With A Catch 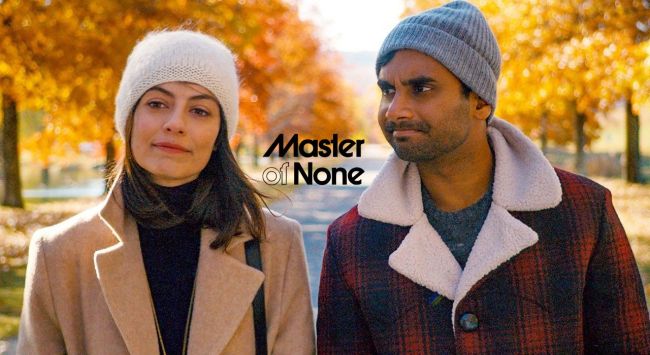 Similar to House of Cards (the less said about that series, the better), Aziz Ansari’s Master of None feels like it was one of the earliest original Netflix series to break through to the mainstream and become a massive hit.

Premiering two years after House of Cards, Master of None was arguably Netflix’s first successful comedy, winning two Emmy Awards for Outstanding Writing in its first two seasons and appearing on multiple “shows of the year” lists. Blending the unique comedic perspective of Ansari and the increasingly relatable dating life of a millennial, what makes Master of None so great is how purely real it all feels, as if you were simply dropped into the life of a 30-something living in New York City. If you can’t tell, I love Master of None and have missed it quite dearly in the years it’s been off the air.

Obviously, it’s been a few years since we’ve seen the series — season two came out in 2017 — as Ansari stepped out of the public eye following some sexual misconduct allegations that still seem to exist in the gray area of the #MeToo movement (a woman using the alias Grace accused Aziz of pressuring her into having sex, although not physically). To his credit, Aziz has been nothing about contrite about the incident, even addressing it in his 2019 stand-up special Right Now.

Now, three years after the allegations against Aziz were made public, the comedian is finally set to return to his Emmy-winning Netflix series, albeit with a catch.

While season three of Master of None is set to hit Netflix in May, it will not be focused on Ansari’s Dev Shah, and will instead center on Lena Waithe’s Denise, who appeared in the first two seasons and featured in the Emmy-winning episode “Thanksgiving”. While Ansari will still be heavily involved in the series — he’s writing and directing all five episodes — it’s unclear if the Dev character will appear on-screen.

‘Master of None Presents: Moments in Love’ will hit Netflix in May.

Here's just a taste of what's coming to Netflix (in The US) this May! pic.twitter.com/adTg3mwxEd