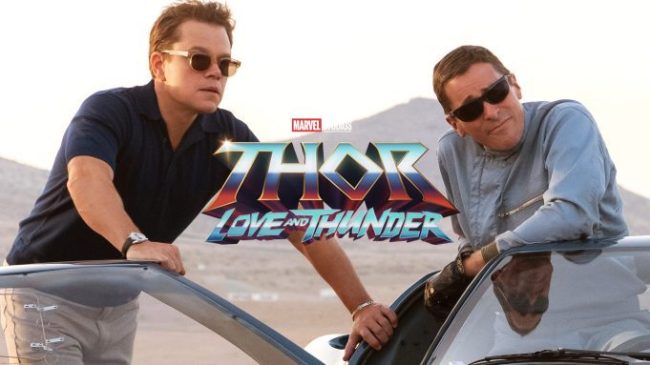 After a 17-month-wait that stretched from July 2019 to just last Friday, the Marvel Cinematic Universe finally returned, kicking off a year that’s shaping up to be chock full of MCU projects.

By our count, there will be TEN MCU projects released this year, both in theaters and on Disney+. That rate of massive production will then carry into 2022 with the release of Doctor Strange In the Multiverse of Madness, Black Panther II, Captain Marvel II, and Thor: Love and Thunder.

Perhaps most notably, Thor: Love and Thunder is a particularly enticing proposition, as it’ll mark the first time that an Avengers has starred in four solo films (Tony Stark’s Iron Man and Chris Evans’ Captain America previously starred in three).

The cast Disney is lining up for the film is certainly worthy of its history-making status, as reports indicate that Matt Damon has been cast in the film.

As reported by local news outlet News.com.au, Damon and his family were spotted disembarking a private jet in Sydney on Sunday before they reportedly moved into a private facility to undertake a mandatory 14-day quarantine to help prevent any potential spread of coronavirus (COVID-19). Once the isolation period elapses, it’s believed that Damon will head out for the Thor 4 shoot.

“I’m so excited that my family and I will be able to call Australia home for the next few months,” Damon reportedly said in a statement to the local press on his arrival in the country, per CNET. “Australian film crews are world-renowned for their professionalism and are a joy to work with so the 14 days of quarantine will be well worth it.” [via IGN]

Obviously, it’ll be interesting to see what role Damon takes on, as he technically has already appeared in the Marvel Cinematic Universe when he played an actor on Asgard back in Thor: Ragnarok.

Thor: Love and Thunder is shaping up to be the best Thor film yet. Not only is Academy Award winner Taiki Waititi back in the director’s chair, but in addition to Damon, Academy Award winner Christian Bale is already set to star as the villainous Gorr the God Butcher, while Natalie Portman is set to return as Jane Foster, who will reportedly take on the mantle of Lady Thor.