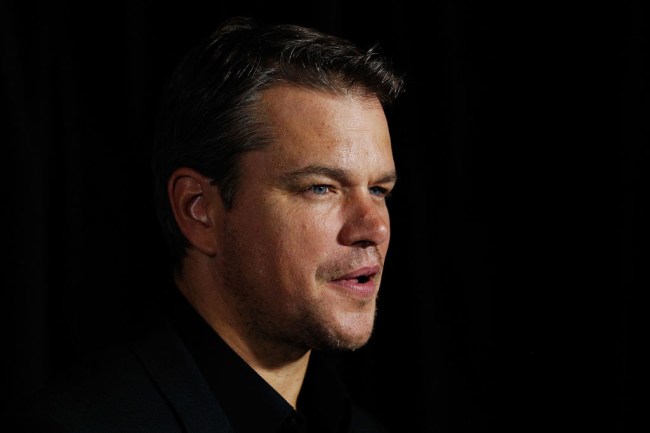 Depending on who you ask, Avatar was either a carbon copy of Dances With Wolves or Pocahontas, and while it may have been incredibly derivative, that didn’t stop it from making an ungodly amount of money at the box office—$2.76 billion to be exact—thanks to its stunning visuals (and in spite of its many flaws).

With the exception of Sigourney Weaver (and with apologies to Giovanni Ribisi), the movie didn’t really feature many well-known actors, as James Cameron turned to the largely unproven Sam Worthington to play the film’s protagonist.

However, if the director had had his way, Avatar would have featured a major star in the form of Matt Damon, who revealed he was initially offered the role during a recent interview with GQ.

While chatting with the outlet, the actor revealed Cameron approached him about potentially starring in the film but he was forced to turn it down because he’d already committed to The Bourne Ultimatum in addition to the incredibly forgettable Green Zone.

Damon was reportedly paid around $25 million for the third installment in the Jason Bourne series, which certainly isn’t too shabby. Unfortunately for him, he could have added another zero to that sum if he’d decided to abandon ship and join forces with Cameron:

“Jim Cameron offered me Avatar, and when he offered it to me, he goes, ‘Now, listen. I don’t need anybody. I don’t need a name for this, a named actor.

If you don’t take this, I’m going to find an unknown actor and give it to him, because the movie doesn’t really need you. But if you take the part, I’ll give you ten percent of [the profits].’”

When you consider Damon has a net worth of around $170 million, I doubt he’s kicking himself too much but that still has to sting a little bit.