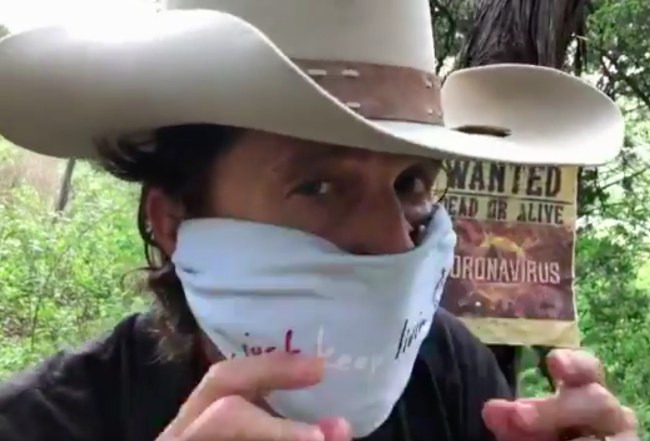 It can take actors years to finally find their big break and it’s safe to say Matthew McConaughey didn’t exactly have agents kicking down his door when he ushered in his career in the early 1990s with a bit part in an episode of Unsolved Mysteries and a role in a Trisha Yearwood video.

However, it didn’t take long for opportunity to come knocking and he was more than happy to welcome it into his home and bring out a charcuterie board when he landed the part of the joint-loving David Wooderson in Dazed on Confused, a character he portrayed as so effortlessly chill that you’d overlook his questionable stance on high school girls if it meant you could smoke with him.

Since then, McConaughey has constantly showcased his versatility with a diverse portfolio of roles—including one in the critically-adored Gritty Depressing Biopic category that landed him an Oscar—but he’s established a particular niche for himself playing characters that radiate an aura of cool most people can only aspire to.

It feels like the line between McConaughey the person and the people that he portrays has become increasingly blurred over the years, as it doesn’t seem too farfetched to think he could’ve been a charismatic male stripper, a poet named Moondog, or an emotionally-scarred detective with a penchant for philosophy (a topic he actually taught at the University of Texas) in another life.

Is he playing a character in those Lincoln commercials or playing himself or perhaps playing the character of himself? The world may never know.

Last month, I came to the conclusion that McConaughey is exactly like a lot of the people that he’s played when he released a fairly heady pep talk to provide some comfort during these current times.

Now, he’s returned once again to do the world a service my debuting his newest character: a cowboy named Bobby Bandito, whose mission is to teach people how to fashion a makeshift mask out of a bandana and a coffee filter.

This may be the first we’ve seen of Bobby but I certainly hope it’s not the last.