Matthew McConaughey Might Be The New Mr. Rogers After Giving Us The Amazing Pep Talk We Need Right Now 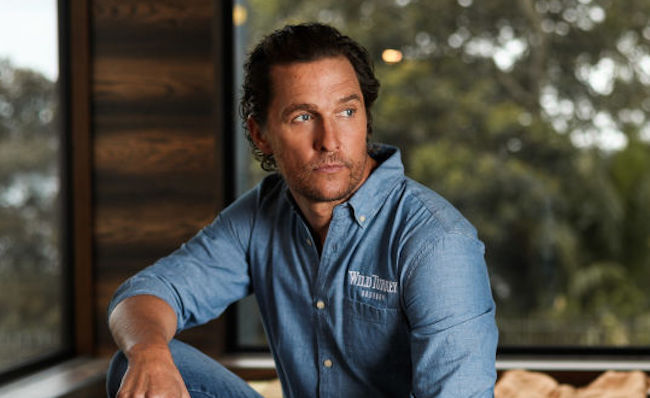 Over the years, there have been countless beloved cultural figures who have experienced a fall from grace after people discovered some sort of skeleton in their closet

However, there was one particularly notable celebrity who managed to go through their entire life without falling victim to some sort of scandal: the man multiple generations know best as “Mr. Rogers,” whose closet only contained an impressive collection of cardigans.

After toying with the idea of becoming a pastor, Fred Rogers opted to instead pursue a career in television and eventually became the host of Mr. Rogers’ Neighborhood, where he—along with the help of some special guests and his trusty puppets—did what he could to instill kids with a set of values that can be best summed as “don’t be an asshole.”

I apologize for my choice of language there, Mr. Rogers. You did what you could.

Mr. Rogers passed away in 2003 but his legacy lives on to this day and Tom Hanks even donned some sharp sweaters of his own when he portrayed him in 2019’s A Beautiful Day in the Neighborhood.

Mr. Rogers was always there to provide some perspective and offer words of comfort during difficult times, and following the tragic events that transpired on 9/11, he provided Americans with some much-needed reassurance during one of the darkest times in the country’s history.

Almost 20 years later, the United States and the rest of the world are dealing with the most severe crisis we’ve experienced in recent memory in the form of a massive health panic and the situation seems to get worse with every passing day without any end on the horizon.

As of this writing, almost 210,000 people have been diagnosed with the untreatable illness currently making the rounds at an alarming rate (including the man who played Mr. Rogers) and it’s hard to remain super optimistic based on how it looks like things are going to play out in the coming months.

We might not have Mr. Rogers here to assuage us any longer, and while I hesitate to suggest anyone will ever be able to measure up to him, we might have the next best thing in the form of the national treasure who is Matthew McConaughey.

After waxing philosophical in Lincoln commercials and the first season of True Detective, McConaughey recently took some time to record a message to address the current state of the world and attempted to put things in perspective while assuring us everything will be alright, alright, alright.

Thanks, Matt. I needed that.