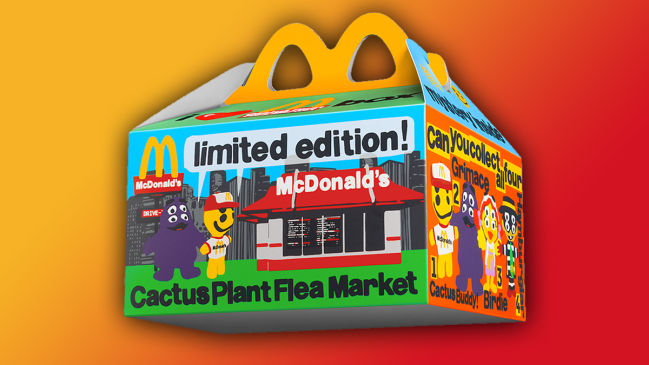 It’s been around 20 years since I took a major leap forward in life by upgrading from the Happy Meal to the (now discontinued) Big Kids meal at McDonald’s—a phase that lasted a few years before I entered the “Ordering Enough Food to Feed a Family Even Though I’m The Only Person Eating It” era of my life that I haven’t really looked back from.

As a 30-something man with no children, I have absolutely no business ordering a Happy Meal at McDonald’s. However, that didn’t stop me from making up a fake name for a nonexistent kid and asking “Does Braydon want chicken nuggets or a burger?” in a sham phone call while placing a drive-thru order when a line of Adventure Time toys caught my eye a few years ago.

I really like to think I’m not the only person who’s occasionally engaged in that kind of farce because they miss the days when their order came with some form of entertainment, and thankfully, McDonald’s has come through in the clutch to give folks like us a chance to get what we’ve been missing out on for decades.

On Tuesday, the fast food giant announced the Happy Meal is all grown up after teaming up with the apparel company and collab machine that is Cactus Planet Flea Market for a new, limited-edition box that supersizes its traditional kid’s meal by giving customers the chance to pair a Big Mac or a 10-piece order of Chicken McNuggets with fries and a drink. 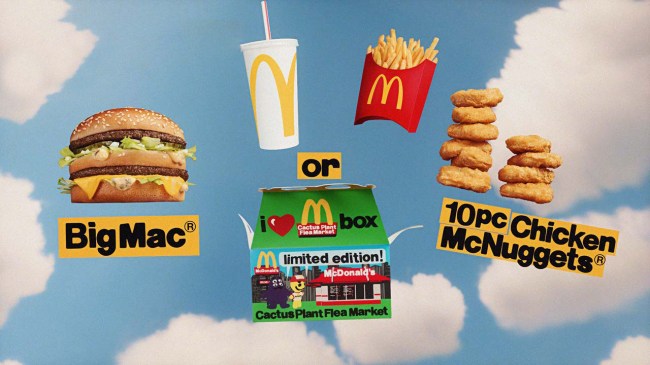 Each box also contains one of four toys in the form of a four-eyed Grimace, Hamburglar, and the breakfast menu mascot known as “Birdie” (a reimagined take on the CPFM’s “Cactus Buddy” rounds out the quartet). 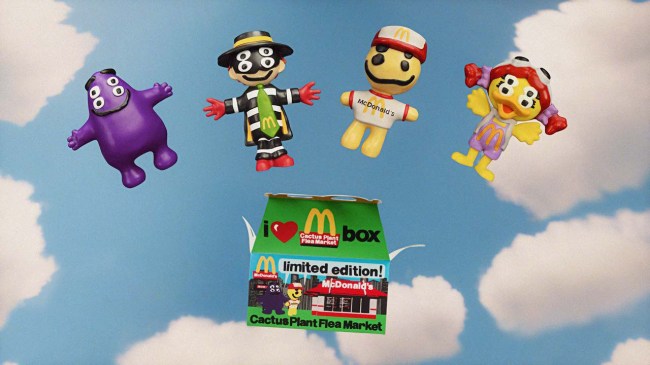 The two brands also teamed up for a line of merch paying homage to the history of the fast food giant that dropped in conjunction with the October 3rd debut of the combo meal.

Props to McDonald’s for giving the people what they want—nay; what they deserve.