The World’s Most Intense Haunted House Will Give You $20,000 If You Can Endure 10 Hours Of Terror 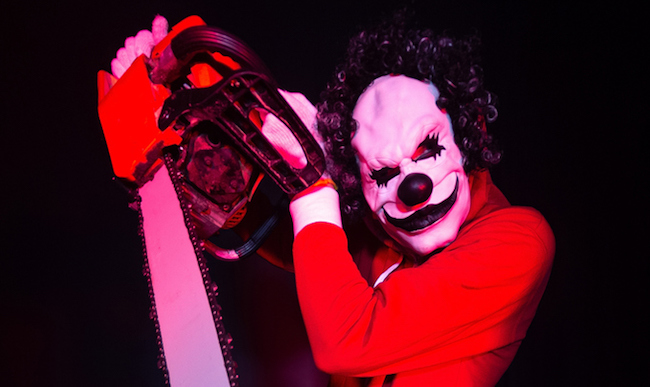 Everyone celebrates Halloween in their own special way, whether it’s inhaling massive amounts of candy in the weeks leading up to the holiday on principle, figuring out a costume that requires the least effort possible, or watching some scary movies (or, if you’re like me, being forced to watch Hocus Pocus by your significant other).

If you’re looking for a genuine scare, your best bet is probably a haunted house, but in my experience, they can be pretty hit or miss, especially if you’re unable to suspend your disbelief and remind yourself that the maniac waving the fake chainsaw isn’t allowed to hurt you.

However, if you want to be truly terrified—and make some money in the process—there’s a place called McKamey Manor that may be right up your alley.

While the vast majority of haunted houses (like the prison in Arrested Development) have a “no touching” policy, the same can’t be said for this attraction, which has locations in Tennesee and Alabama.

McKamey Manor isn’t just a haunted house; it’s an immersive experience that requires guests to undergo a physical and sign a 40-page waiver before entering what can best be described as a torture chamber where you’ll be subjected to a wide variety of terrifying trials—all of which are captured and streamed on video for the delight of a number of sadists.

Oh, you also have to watch a two-hour video featuring people who have tried—and failed—to survive the ten-hour endurance test which will net you $20,000 if you manage to pass (which no one ever has).

According to Fox2, the attraction is the brainchild of Russ McKamey, who seems to take particular delight in doing everything he can to break people who think they can handle anything thrown their way.

If this for some reason sounds appealing, you can visit the McKamey Manor website for more information.