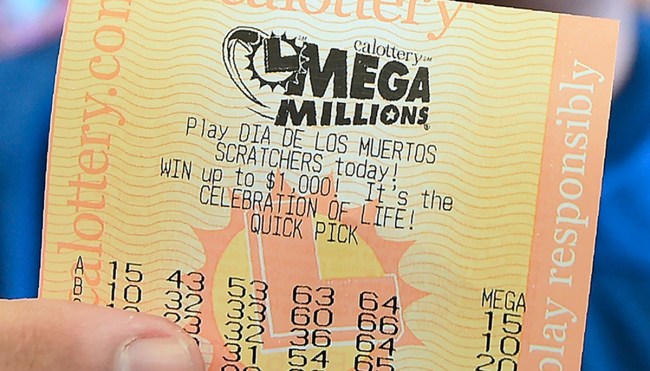 On Tuesday night, anyone who told themselves “Someone’s gotta win” while justifying the purchase of a Mega Millions ticket was proved soundly wrong after the drawing failed to produce the victor who would’ve taken home the $810 million jackpot that was at stake.

However, it’s safe to assume plenty of people will still adopt that mentality ahead of Friday’s drawing, which will feature a jackpot worth over $1 billion (a sum that makes it the fourth-largest lottery prize that’s ever been up for grabs in the United States).

It’s not too hard to understand the allure of the lotto when there’s that much money on the line, as it almost seems foolish to not spend a couple of dollars on a ticket that could be your key to almost unimaginable riches. With that said, it’s arguably more foolish to genuinely believe you have a shot at being the person who defies the odds that sit at 1 in 302.5 million, but that’s not going to stop millions of people from paying what is commonly referred to as a “stupid tax” over the next few days.

There’s a very, very, very good chance that metaphorical tax is the only one you’re going to end up paying when everything is said and done. However, there’s no huge downside to gearing up for the reality you’ll suddenly be thrust into if you do end up holding the winning numbers.

For example, one of the first things you’ll have to do is decide how you want to take home your winnings. While there is technically $1 billion at stake, that sum would be paid out in 30 different installments over the span of 29 years; as a result, most people will opt for the lump sum cash payment worth a comparatively paltry $602.5 million.

As CNBC notes, you won’t take nearly that much money home courtesy of Uncle Sam, as the IRS will immediately get a 24% cut to the tune of $144.6 million (you’ll also owe the feds another $78.3 million when you file your taxes unless you offset some of those liabilities with charitable donations).

There’s a good chance the state you live in will also get a cut (unless you reside in one of the nine with no income tax to speak of). However, if you manage to avoid that fate and decline to spread the wealth to any 501(c)(3) organizations, your total payday will be around $380 million (which represents about 37% of the total jackpot).

Of course, you’d have to work very, very, very hard to blow through that much money over the course of your life, but it’s not going to hurt to be prepared.