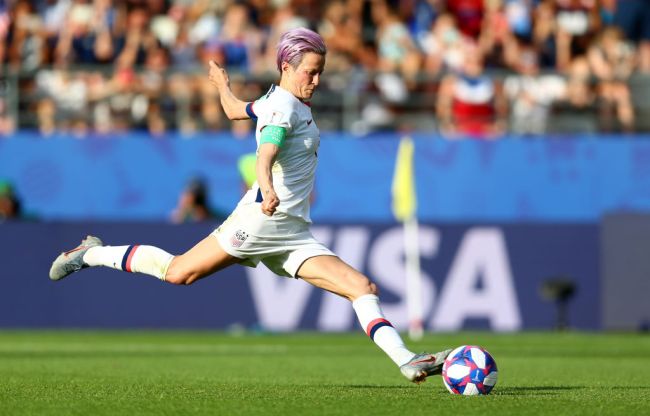 Megan Rapinoe has fired back at former President Donald Trump over his comments about the US women’s soccer team.

After the US Women lost to Canada in Tokyo, Trump mocked the team and said they were too focused on being a “radical group of leftist maniacs” instead of doing their job.

If our soccer team, headed by a radical group of Leftist Maniacs, wasn’t woke, they would have won the Gold Medal instead of the Bronze,” “Woke means you lose, everything that is woke goes bad, and our soccer team certainly has. They should replace the wokesters with Patriots and start winning again. The woman with the purple hair (World Cup MVP Megan Rapinoe) played terribly and spends too much time thinking about Radical Left politics and not doing her job!”

While speaking to the media on Friday, Rapinoe returned fire at Trump over his comments.

“It’s a real sad dig into an old bag,” Rapinoe said of Trump’s comments. “I’m just like, ‘You’re rooting for people to do bad?’ Yikes.”

Despite getting called out by Trump and other Rapinoe says she’s still going to speak out on issues she feels are important.

“I think it’s important for everybody to do whatever they can to make the world a better place, “We obviously have huge platforms. We get to be at the Olympics.”

Rapinoe and the women’s soccer team went on to win bronze at the Olympics after defeating Australia 4-3.