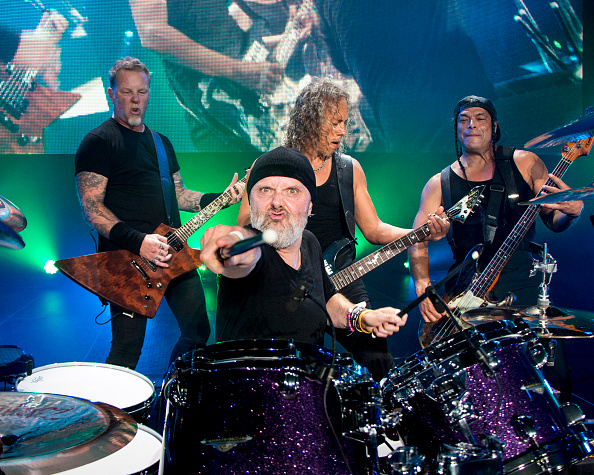 Metallica was formed in 1981 and since then has released 10 albums and performed thousands of gigs. Despite being a legendary metal band, the group goes to great strides to ensure that you don’t see the same show twice.

Metallica, which just celebrated the 35th anniversary of their first album “Kill ‘Em All” two weeks ago, has embraced Spotify and the data that it can provide them so that they can make each concert epic. The mega metal marauders utilize Spotify to see what songs the local crowds love so that they can make sure they give the people what they want to hear.

During Spotify’s earnings call in late July, the streaming music service’s CEO Daniel Ek explained how Metallica uses Spotify. “You have an artist like Metallica, who changes their setlist on a city-by-city basis just by looking at Spotify data to see, which the most popular songs happened to be in that city,” Ek said.

“We’ve never before been at a place in time where you could make as many informed decisions and understand your audience as well as we can do now as an artist,” Ek added. The Spotify CEO boasted that his service is helping to change the music industry.

So if you’re a fan of “St. Anger” and then Metallica plays more hits from “Ride the Lightning” you can blame your fellow concertgoers and not the band itself.

But there’s another reason besides making each concertgoer feel special and making sure veteran fans don’t see the same tired setlist. Metallica sells recordings of concerts so fans can buy these recordings from their website. If it is the same show they saw on the last tour there will be less incentive to buy a new recording.

Ironically, the band as with any musical act depends on concert revenue more than ever because streaming services such as Spotify have basically killed off music sales.

“Each time the band returns to a city, drummer Lars Ulrich analyzes the last decade or so worth of performances in that area,” Quartz reports. “He changes six to eight of the songs in the setlist to give audiences a different experience, Ulrich told radio station 97.9 Baltimore in 2017. He also looks at the songs that are playing on the radio in that area.”

“Obviously there’s certain songs we have to play,” Ulrich said, “but then there’s the deeper cuts, and the deeper cuts I always try to vary…I don’t play the same setlist twice and I try to play different songs for whatever city we’re in depending on what we played the last time.”

Metallica will give you fuel, give you fire, give you that which you desire! This any many other reasons is why Metallica is one of the greatest bands of all-time.